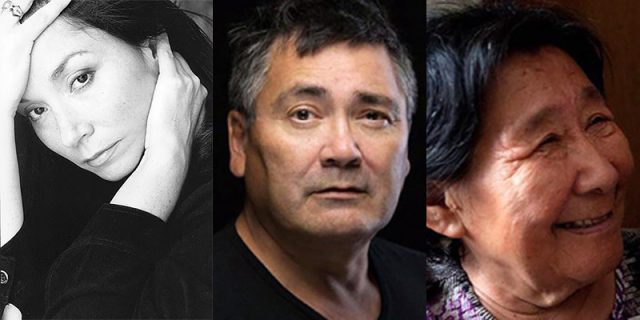 (June 20, 2020 – Toronto, ON) We continue our celebration of National Indigenous History Month and National Indigenous People’s Day, which is tomorrow. Over the last five days we have highlighted the careers of 15 Indigenous actors, directors and producers. While some of them may not yet be household names, many have enjoyed long and successful careers. Today we look at three more, including Marie Clements, Michael Lawrenchuk and Madeline Piujuq Ivalu.

Marie Clements is a playwright, actor, director, screenwriter and producer. During the 1980s she worked as a radio news reporter. Her plays include Age of Iron, Now look what you made me do, The Unnatural and Accidental Women which she also adapted into a screenplay. The Road Forward began as an eight-minute live musical installation produced at the Vancouver Cultural Olympiad in 2010, which was developed into a full-length rock musical performed at the PuSh Festival in February 2015 and then formed the basis for a feature-length documentary in 2017. Her most recent production was 2019’s Red Snow. 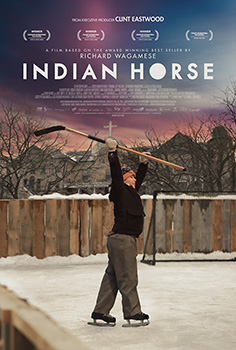 Michael Lawrenchuk is a Cree from the Fox Lake First Nation. He has worked in theatre, film and television across Canada as a producer, writer, actor and director. He trained at the London Theatre School`s Post Graduate Acting Program and holds a BA (Honours) in Acting/Theatre from the University of Winnipeg. Michael has been the Artistic Director of Red Roots Theatre since the summer of 2000. Previous to this, he was the Chief of the Fox Lake First Nation, and was very active at the national and regional political level. Most recently he costarred in the 2017 feature Indian Horse.

Storyteller, musician, actor and writer Madeline Piujuq Ivalu has been a key elder participant in all projects by Arnait Video Workshop since its inception in 1991. She was cultural advisor and interviewer for the Arnait producitons Women/Health/Body and Itivimiut. While less known you may recognize her name as one of the actors in the multi-award-winning 2001 production Atanarjuat: The Fast Runner.

Of special note, The Indspire Awards, which represent the highest honour the Indigenous community bestows upon its own people, will be broadcast on APTN, CBC, CBC Radio and CBC GEM tomorrow June 21, 2020 at 8:00pm / 8:30pm NT. For the past 27 years, The Indspire Awards have honoured 373 First Nations, Inuit, and Métis individuals who demonstrate outstanding achievement. The show is a nationally broadcast celebration of culture showcasing the diversity of Indigenous peoples in Canada including performances by Canada’s biggest names in Indigenous entertainment.

Closet Monster Wins at Inside Out