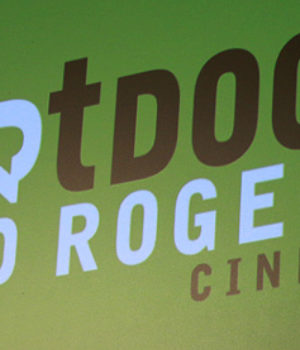 (March 7, 2017 – Toronto, ON) Hot Docs, North America’s largest documentary festival, conference and market, has announced the addition of an eye-opening award thanks to the Rogers Group of Funds. The Rogers Audience Award for Best Canadian Documentary joins an already impressive slate of awards Hot Docs will present at its upcoming festival, April 27 to May 7. The Rogers Audience Award comes with a $50,000 cash prize for the director(s) of the winning film. The winning film will be announced on the final night of the Festival, Sunday, May 7, at Hot Docs Ted Rogers Cinema before a special encore screening.

“Rogers Group of Funds has been an incredible long-standing supporter of Hot Docs and its filmmakers, and they share the same passion and commitment for documentary film that our audiences do,” said Hot Docs executive director Brett Hendrie. “We’re extremely proud that with them – and with our audiences – we’ll be able to reward one of our talented Canadian filmmakers with such a generous cash prize at this year’s Festival.”

“We’re thrilled to sponsor this award at Hot Docs and to support and celebrate the excellence of our Canadian filmmakers,” said Robin Mirsky, executive director of Rogers Group of Funds. “Recognizing the Festival audience’s favourite Canadian film in this way shines a much-deserved spotlight that encourages even more audiences across the country and around the world to discover and experience it.”

The winning film will be the Canadian feature-length documentary that obtains the highest average rating in the Hot Docs Audience Award rankings, which is determined by audience ballot. Final ratings will be tallied when all eligible films have received all their scheduled screenings. To be eligible for the award, a film must meet CRTC criteria as a Canadian production or co-production. Films screening in retrospective programs are not eligible. The prize money will be awarded to the director(s) of the winning film. An outstanding selection of over 200 documentaries from Canada and around the world will be presented at this year’s festival. As always there is more information online.