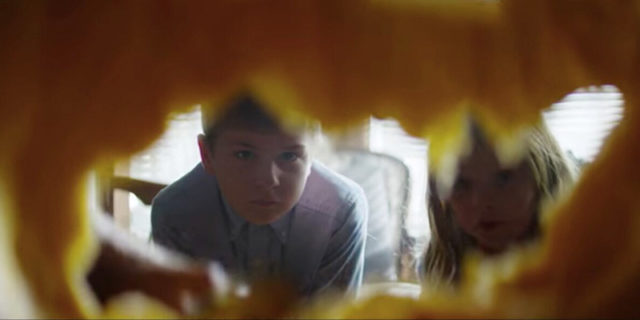 (October 2, 2918 – Toronto) You can tell it’s October simply by looking at movie releases and TV specials. For example, the shot in B.C. American film Bad Times at the El Royal is an almost classic “closed room” drama. The plot? Set in Lake Tahoe, California in the 1960s, seven strangers, each with a secret to bury, meet at the El Royale, a rundown hotel with a dark past. Over the course of one fateful night, everyone will have a last shot at redemption – before everything goes to hell. Right… got it. Goosebumps 2: Haunted opens on October 12 which, as you might expect, takes the genre more to the comedy side.

The biggie this year, the one most fans of fright flicks are waiting for is Halloween starring, who else…Jamie Lee Curtis. Opening October 19, it’s not so much a remake as a “final” confrontation between her character, Laurie Strode and Michael Myers, the masked figure who has haunted her since she narrowly escaped his killing spree on Halloween night four decades ago. I doubt it’s a final anything. Hollywood loves a hit mostly because it allows them to make sequels. Don’t count on this version of Halloween being the last.

On the small screen, look for mayhem, ghosts, ghouls and zombies just about everywhere, particularly on the specialty channels and streaming services. One really neat idea to watch for is on Hulu and something they’re calling Hulu’s Huluween. It’s a short film festival created this year but it’s also a competition with some fairly substantial cash up for grabs.

Out of 30 submissions, Hulu selected eight filmmakers who were given money and just two weeks to come up with a horror short. The short with the most views as well as a vote from a couple of judges will be announced on October 31, and that film will win 10k, not to mention being featured on all Hulu social media. We’re betting on Justin Harding, the only Canadian filmmaker in the festival. No stranger to the concept of terror and children—his critically acclaimed Latched premiered at TIFF 2017—the title of his submission is Carved, which once again features a seemingly innocuous subject matter turned on its head.

Click here to watch the full line-up of Huluween, and don’t forget to vote for your favorite.