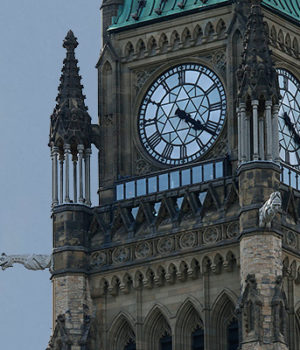 (September 14, 2015 – Ottawa, ON) Gpod news for the Ottawa filmmaking community. Los Angeles-based Paris Film Inc. owner Rob Paris and Robert Menzies`s Ottawa-based production company Zed Filmworks have joined forces in a partnership with Canadian real estate developer Alphonse Ghossein`s Go Insane Films to co-finance and produce a slate of films with production based in the nation`s capital. The deal serves as a reunion for the group whose film February, from director Osgood Perkins that costarred Emma Roberts (pictured), Kiernan Shipka, and Lucy Boyton, enjoyed a world premiere screening on Saturday night at the Toronto International Film Festival. Ghossein was the lead investor in the production. Paris will oversee acquisitions and packaging in Los Angeles while Menzies will run point in Ottawa and oversee all aspects of physical production.


“The recent experience we had in Ottawa on February was fantastic,” said Rob Paris. “The infrastructure and crews are first-rate, so it was a natural progression when the opportunity to build a slate and expand the relationship with Robert and Alphonse presented itself.” Alphonse Ghossein added, “I`m beyond excited to continue what has been a wonderful partnership and for our team to bring amazing projects with top talent to Ottawa.”

In a joint statement, Menzies and Ottawa Film Commission chief Bruce Harvey said; “With so many productions coming to Canada, and overcrowding happening in Vancouver, Toronto and Montreal, we want producers to know that Ottawa is a viable and attractive alternative for their projects.” Continued Menzies: “In the last few years Ottawa, without much fanfare, has played host to a number of A-list talents, including Jennifer Lawrence, Michael Keaton, Emma Roberts and Eli Roth. We think it’s time to get the word out.”

The initial production slate contemplates 5 films over the first 2 years. The first project out of the deal will be Trinity, which is written and will be directed by Chris Eigeman. Trinity tracks the harrowing and life-changing experience of two brilliant young physicists recruited in 1943 from Columbia University to help build the first atomic bomb at Los Alamos. Producers plan to announce cast shortly and are eyeing a start date in January for production. Paris and Menzies will produce along with Elana Krausz. Ghossein will exec produce. Nadine DeBarros of Fortitude International is handling foreign sales and UTA Independent Film Group is representing North America.

February will screen again tonight, September 14th and on the 18th at the Scotiabank Theatre and Bloor Hot Docs cinema respectively.

Up Schitt’s Creek With a Paddle