Home News Inside Out Opens with God’s Own Country 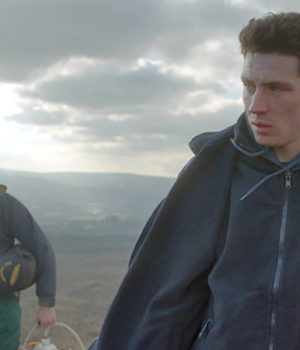 (April 19, 2017 – Toronto, ON) Inside Out Toronto LGBT Film Festival, the largest event of its kind in Canada, has announced their 2017 Opening Night Gala and Women’s Gala. The festival will open with the Canadian Premiere of God’s Own Country, following its success at the Sundance Film Festival and the Berlin International Film Festival. The Women’s Gala, taking place opening weekend, will be the Canadian Premiere of Signature Move, co-written, produced and starring Pakistani-Canadian comedian Fawzia Mirza.

“As an international leader in the presentation of queer cinema, we are pleased to showcase films with varied perspectives on love and identity from around the globe,” said Andria Wilson, Inside Out’s Executive Director.

“I am honoured that the Canadian’s premiere of God’s Own Country will open this year’s festival,” said director/writer, Francis Lee. “As a story of hope, love and being true to yourself I can’t wait to share it with Canadian audiences.”

The Guardian said this about the film: “A very British love story, bursting at the seams with unspoken emotions.” Lee’s debut feature is a sensual, contemporary tale of emotional awakening set against the backdrop of God’s own country, the farming hills of Yorkshire. After giving up college to work on his family’s farm, Johnny numbs the daily frustration of life by binge drinking at the local pub and having casual sex with strangers. As lambing season approaches, his father recruits Gheorghe, a skilled and handsome migrant worker. Johnny suddenly finds himself having to deal with unfamiliar emotions, and discovers that being isolated in the rural countryside with Gheorghe may actually be his best education. God’s Own Country is a haunting meditation on life and love that is at once intimate and enduring.

“This intimate portrait of shepherding love in the Yorkshire countryside is a perfect way to set the tone for what lies ahead over the Festival’s 11 days,” said Andrew Murphy, Director of Programming for Inside Out.


The Women’s Gala, taking place opening weekend, will see the Canadian Premiere of Signature Move, co-written, produced and starring Pakistani-Canadian comedian Fawzia Mirza. Directed by Jennifer Reeder, Mirza plays the role of Zaynab who lives with her widowed TV-obsessed mother (Shabana Azmi) but takes great pains to hide everything from her, including her love of wrestling and her sexuality. Alma (Sari Sanchez), on the other hand, gives Zaynab’s routine a much-needed shakeup, and what starts as a casual affair begins to deepen. Zaynab’s discomfort with her sexuality and her dysfunctional relationship with her mother, however, threaten to drive the young women apart.

Celebrating its 27th year, the 11-day Inside Out LGBT Film Festival takes place May 25 to June 4. Additional programming announcements will be made with the full festival line-up unveiled on Friday, May 5.

Click here for a link to the Inside Out Toronto LGBT Film Festival and other May 2017 film festivals.