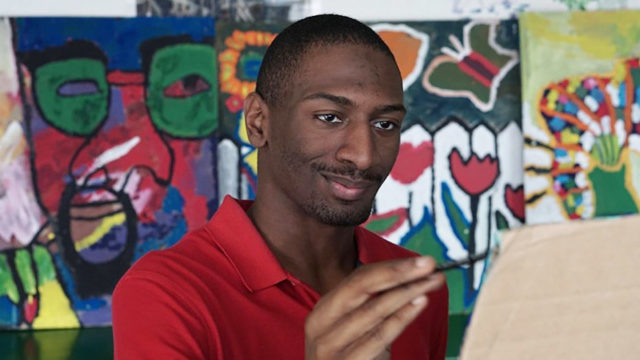 (May 24, 2019 – Toronto, ON) We’ve lost count of the number of film festivals that take place in Toronto every year. Last time we checked it was something like 2 a week, around 100 each year. There are the big, important festivals like Hot Docs or TIFF, and there are small festivals that run three days or over a single weekend; some run just one night. Often the small, focused festivals are more important than the large festivals. The advantage of a small festival is the fact they can concentrate on a specific area of interest. The Planet in Focus Festival for example is all about the environment.

Another smaller festival with a very important focus is the ReelAbilities Film Festival. Their 4th annual festival starts today and runs until Sunday June 2, 2019. The film portion of the festival actually gets underway next Wednesday, May 29th with the gala opening film Intelligent Lives from director Dan Habib. 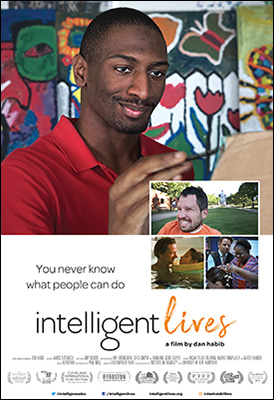 Writing about his film, Habib asked, “What is intelligence? Is a 32-year-old man who co-teaches Syracuse University classes intelligent? What about a 25-year-old woman who charms her way into the job of her dreams? How about a 17-year-old young man whose paintings are exhibited at major universities in Boston? Are they intelligent? Would your opinion change if you knew that, as recently as the 1970s, all three of these people would have likely been institutionalized and forcibly sterilized? I decided to create Intelligent Lives to explore an overarching question: Can any attempt to measure intelligence predict a person’s value, or potential to contribute meaningfully to the world?

When the festival wraps on June 2nd, the closing film will be Sophie Robinson’s Me, My, Mouth and I. The documentary focuses on artist, activist, and performer Jess Thom who asks novel questions about the portrayal of disability in the arts and the exclusion of people with disabilities as cultural and creative producers. Her exploration of neurodiversity through the work of Samuel Beckett makes art accessible to everyone, and at the same time raises questions about cultural curation, who has access to theatre and who can perform it. This film is presented with support from the British Council.

The feature, short and documentary films at ReelAbilities Film Festival cover a wide variety of topics and issues including: Muhi: Generally Temporary, a doc following a boy from Gaza living in an Israeli hospital; Shakespeare in Tokyo, a narrative film about a man with Down syndrome who embarks on a solo adventure to discover Tokyo; Refuge in the Rockies, a short doc about young Columbian refugee and Para-alpine ski champ Anderson Losada; and Wild Prairie Rose, a period piece taking place in the 1950s about a woman who returns to her rural roots in South Dakota to care for her ailing mother. Once there, she falls in love with a Deaf man and must decide if she has the courage to follow her heart.

This Sunday, May 26 at the Al Green Theatre, ReelAbilities will host a relaxed performance by PushPULL Dance. PushPULL Dance is a company of inclusive, non-professional dancers from different backgrounds, who create shows that embody a variety of dance styles.

ReelAbilities Film Festival was established in New York in 2007 and crossed the border into Canada as ReelAbilities Film Festival: Toronto in 2016, making it the first international chapter of the Festival.   NOTE: Matinee screenings are free. Evening Screenings are $12 – $30. Discounted ticket prices are available for seniors, post-secondary students and those experiencing financial barriers. Screenings are also free for support persons and students up to Grade 12.

The Stars Come Out for the Canadian Screen Awards