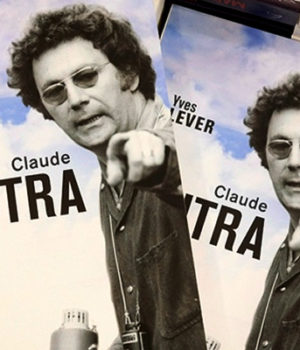 (February 18, 2016 – Montréal, QC) The end came swiftly for the man who has been dead for 30 years. When renowned filmmaker Claude Jutra had been accused of being a pedophile in a new book by writer Yves Lever, there were cautious tones used when discussing what all this might mean. Anyone with any interest in the story waited for some confirmation or retraction of the allegation. Following the publication of the book earlier this week, one victim came forward and told this city’s La Presse newspaper that Jutra had started to sexually assault him when he was just six years old.

Earlier this week Québec Culture Minister Hélène David said the allegations were troubling, but now that more witnesses are coming forward they can no longer be ignored.

“I’m very, very troubled and so sad by what I have read,” said David. “We have to take it seriously, and given the insupportable criminal act we have to ask that the name of the Jutras be changed.”

Patrick Roy, chair of the board of directors for Quebec Cinema, which organizes and runs the annual Soirée des Jutras said he was “devastated” by the allegations. They made the decision yesterday to drop the name of the once highly coveted award.

Organizers also confirmed that they don’t yet know what they will call the gala that takes place on March 20, and they don’t have a new name for the trophies handed out. In an odd “1984” kind of way they also hinted that they’re not sure what the future might be for awards that have been handed out over the past few decades. Segolene Roederer, CEO of Quebec Cinema, said the agency would likely come up with a temporary name for next month’s gala, then come up with a permanent name at a later date.


The Mayor of Montréal, Denis Coderre, announced plans to remove Jutra’s name from various streets and parks, a decision that will probably be repeated across the province.