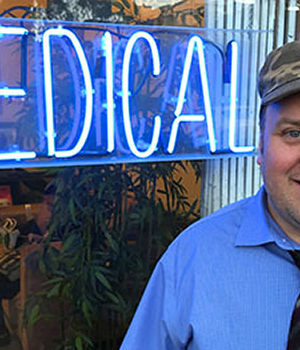 Grass Fed is a film with a human experiment at its center. It features actor-comedian Mike Paterson who treats his debilitating back pain by completely changing his health and lifestyle with a marijuana and hemp-infused diet.

Director Ezra Soiferman (Man of Grease) says that the Supreme Court of Canada’s decision in June this year, which stated that medical marijuana patients must be given access to products other than dried pot, such as cannabis-infused cookies, brownies, oils and tea, will have “a profound effect on our society. The legalization of edibles for the 40,000-plus medical marijuana patients across Canada is a momentous step in providing safe and smoke-free alternatives for patients like Mike Paterson… As Grass Fed documents, if used carefully and with a doctor’s supervision, edibles can be an effective – and often delicious – part of a patient’s lifestyle. I was truly amazed by the transformation I saw in Mike during the course of shooting.”

As Mike Paterson exclaims, after biting into one of his wife Monika Schmidt’s homemade cannabis-infused delicacies in the film, “Medicine has never tasted so good!”

Grass Fed is produced by Muse Entertainment Enterprises, a leading film and television production house behind Emmy Award-winning event mini-series such as The Kennedys and Pillars of the Earth and premium factual projects including JFK: The Smoking Gun, Sky Jumpers, and March to the Pole. Muse’s latest highly-rated mini-series, Tut aired on the Spike channel in the U.S. and Canada and on numerous networks around the world.

Above the Law on CBC