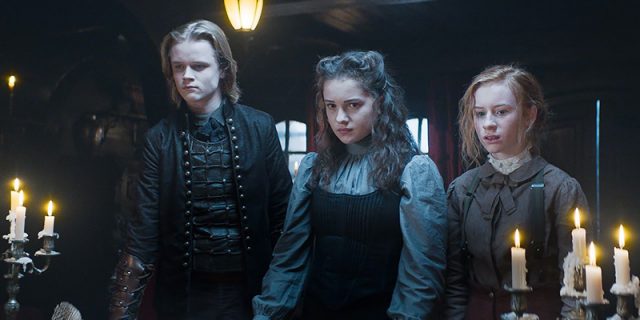 New Series on Family
by Staff

(April 28, 2020 – Toronto, ON/CNW) WildBrain Television’s Family Channel is bringing families together this May with an epic programming line-up featuring two magical new series, Heirs of the Night and The Bureau of Magical Things, alongside brand new episodes of audience favorites as well as fun-filled movie nights for the whole family to enjoy. Also, throughout May, Family Channel will offer “Two Hours Together”, a chance for families to come together for a laugh and a smile for two hours of ad-free specials, movies and channel favourites every weekday from 10am-12pm ET/PT, including Miraculous: Tales of Ladybug & Cat Noir; Spy Kids; Kung Fu Panda and Trolls: The Beat Goes On.

“Just as Canadian families may be in need of fresh screen entertainment, Family Channel’s May line-up is brimming with fantastic new series as well as favourite films to turn screen time into valuable family time and bring audiences a little magic directly into their homes,” said Katie Wilson, VP Content and Curation at WildBrain Television. “We’re looking forward to giving families the chance to come together and enjoy new series which offer something for everyone, including Heirs of the Night and The Bureau of Magical Things, alongside new episodes of fan-favorite shows and fantastic movies. Canadian families can depend on Family Channel to provide much-needed joy, escape and positivity during these difficult times.”

Vampire series Heirs of the Night (pictured above) will take a bite out of Family Channel with its North American debut on Monday, May 4 at 8pm ET/PT, featuring a two-part premiere event. Based on Ulrike Schweikert’s bestselling novel series, the show is set in 1889 and tells the story of the five remaining vampire clans in Europe, who are training their “Heirs” to survive. The heirs of each clan, previously enemies, become classmates in vampire school, teaching their unique clan powers to each other and navigating the social and emotional dynamics of teens faced with the immense responsibility of survival. In their midst is 14-year-old Alisa, of Clan Vamalia, who must struggle with her unique power to choose between eternal life as a vampire or for all vampires to live as humans. Click here to watch a trailer for this series.

Bringing even more spellbinding adventures to families, The Bureau of Magical Things will premiere on Monday, May 4 with a new episode every weekday at 6:30pm ET/PT. The Bureau of Magical Things follows teenage girl Kyra who accidentally discovers a mystical world that gives her magical powers. When an unexpected threat emerges, she must unite fairies, elves and humans to save them all.

Family Channel’s May line-up includes new episodes of many favourite series, including American Ninja Warrior Junior; Holly Hobbie; Trolls: The Beat Goes On! and Boss Baby: Back in Business. Plus, new episodes of My Perfect Landing continue every Sunday at 11:30 am ET/PT and Family movie nights continue weekly from Wednesday to Sunday at 7pm ET/PT, featuring family favorites such as Ballerina, Mr. Peabody & Sherman, Hook, Despicable Me and Shrek.