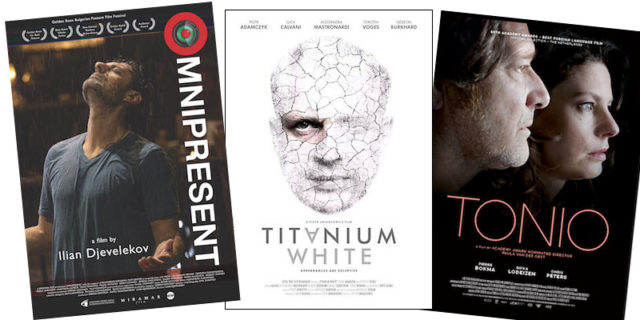 November Film Festivals: A Look Ahead
by Ralph Lucas – Publisher

(November 5, 2018 – Toronto, ON) We’re fairly certain around here that everyone knows all the basic film genres. Drama, comedy, action, thriller, horror, documentary, etc., But there’s an unofficial film category that we use and we’re equally certain we’re not the only people who do. We call some releases “festival films” because they have something special about them but they don’t really fit into any pigeonhole genre comfortably. These are, by the way, films in general release, not specifically films we see at festivals.

If you attend film festivals you’ve seen a lot of festival films. While the Toronto International Film Festival (TIFF) seems to now bank on blockbuster Hollywood hits to fluff its schedule, a closer look reveals films that you will only see at the festival because they’re just too quirky, too outrageous, too strange to get a shot at wide release. To us, it’s these films that attract us to festivals in the first place and allow small festivals to survive because what they have on offer is unique and if you don’t catch them now you’ll probably never have a chance to see them later.

There are 14 Canadian film festivals on our November list. There are probably more, but we can only list those festivals we know about. All of them fall within their own narrow silos of interest yet some offer a wide range of film genres while staying focused on their target audiences.

Among those festivals are a few that concentrate on a specific population. The Vancouver Asian Film Festival or the Toronto Polish Film Festival are two examples. Less obvious would be the Pomegranate Film Festival. Now in their 13th season, organizers explain online that the festival “depicts topics relevant to Armenian culture through the medium of films submitted from around the world.”

There was a time when the words “European film” or “Foreign Film” and “Festival film” were synonymous, which makes the European Union Film Festival (EUFF) one of the most interesting film festivals in Toronto. It kicks off this week on Thursday, November 8th. It began in 2004 and grew out of the screening of films from just 7 countries at the Goethe Institute of Toronto. Only a few hundred people showed up that first year. It has grown into a significant festival that now attracts thousands of people to the Royal Theatre and this year films from all 28 countries in the EU are represented.

We contacted Jérémie Abessira, Executive Director-EUFF because we wanted to know if there is a lack of European films screening in Toronto, which would be odd (to us) given the size of the city’s culturally diverse population. He commented that that was the perception when the festival started and now, almost 15 years later, it’s “still the case.” The festival also attracts a real mixed audience. According to Abessira, while the audience is “mostly non-European Torontonian festival goers,” attendees are “a real mix of Cinephiles, Europeans of 1st, 2nd and 3rd generation or anyone interested in European culture and cinema.” What’s on the schedule?

Opening the festival is the Bulgarian film, Omnipresent. Directed by Ilian Djevelekov, the film follows a man who becomes obsessed with spying on his friends, family, and coworkers through hidden cameras. Omnipresent was the Bulgarian entry for the Best Foreign Language Film at the 91st Academy Awards 2018.

A total of 9 feature films will have their Canadian Premieres at the EUFF, notably Hungary’s The Whiskey Bandit, which is a thrilling cops and robbers story about a bank robber with a taste for celebrity; Lithuania’s Master and Tatiana, a documentary about Lithuanian photographer Vitus Luckus, who rebelled against the traditional confines of his country to forge his own powerful artistic style; and from The Netherlands Tonio, based on A.F. TH van der Heijden’s autobiography, which dealt with the loss of his son and his struggle to overcome his grief.

Five films will be making their Toronto debut including Germany’s Welcome to Germany, a comedy about a German family who take in a Nigerian refugee, only to discover that their country is not as accepting as they believed. From Slovakia it’s The Line is a tense thriller about a cigarette smuggler trying to stay ahead of the law. The Chronicles of Melanie was 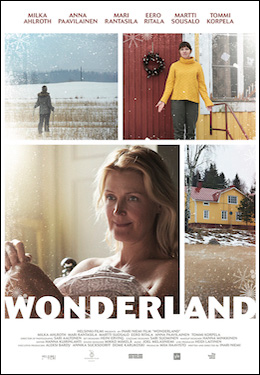 Latvia’s entry in the Best Foreign Language Film category at the 2017 Academy Awards. It’s about a woman clinging to her humanity after being deported to Siberia and facing an uncertain future. Making its North American debut is Titanium White from Poland. It’s a mystery about a criminal conspiracy surrounding the last works of Caravaggio. From Finland comes Wonderland, a dramedy about a group of strangers with nowhere to go on Christmas, who end up at the same farmhouse with unexpected results.

If you think pulling a film festival together is easy, the EUFF faces special challenges. “The biggest challenge would be to bring all 28 countries together with an interesting, rich and diverse programming,” said Jérémie Abessira. Then “have all 28 members’ consulate, embassies and cultural institutes participate is a unique endeavour. Also, bringing this festival for free to Torontonians is a challenge every year that we want to keep as a priority to make the festival as accessible as possible. This is only possible thanks to the support of key partners and sponsors.”

In case you missed that, the festival is Free. That said, its popularity is such that if there are films you really don’t want to miss, you can reserve a seat for just $10.00. Abessira added the festival is very proud “with the number of woman filmmakers involved in this year’s selection.”

There is more information and trailers online. Click here for a link to the European Union Film Festival and other November 2018 film festivals.