(July 6, 2016 – Toronto, ON) The Ontario Media Development Corporation (OMDC) has announced changes in two key positions at the provincial agency responsible for supporting the diverse creative industries within the broad media field.

Erin Creasey, who has been with the agency as Program Consultant, Interactive Digital Media since January of this year, she began her new position as Manager, Industry Initiatives on July 4th. Creasy (pictured below) previously worked at ECW Press as Director of Sales and Marketing, and as President of the Association of Canadian Publishers. She will also oversee the Agency’s international business and industry development activities as well as managing a number of investment funds including: OMDC’s Export Fund, Film Fund; Book Fund, Interactive 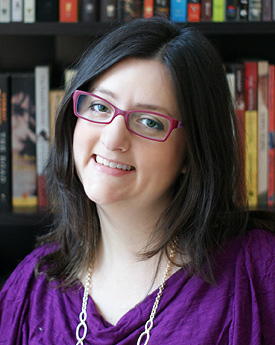 Suzan Ayscough (pictured above) has been named the new Manager of Communications & Corporate Secretary. Known by just about everybody in the biz, Ayscough brings more than 25 years of experience in Ontario’s creative and cultural sectors to her new position. She has served in senior communications roles with diverse organizations including Alliance Communications and Telefilm Canada; is a published author, has worked as a journalist with Screen International, Playback Magazine, Variety; and in film and television production.

“We are thrilled to have two enthusiastic and experienced professionals join our team,” said Karen Thorne-Stone, President and CEO of OMDC. “Both Erin and Suzan bring a wealth of knowledge and fresh ideas that will drive OMDC as we continue to support growth in Ontario’s thriving creative industries.”

Erin Creasey and Suzan Ayscough fill roles vacated by longtime employees James Weyman and George McNeillie, who retired this summer after many years with the Ontario Media Development Corporation.

A Gift from the NFB