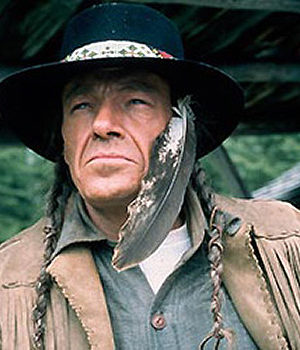 (April 4, 2016 – Toronto, ON) Actor, jazz musician an environmental activist Don Francks has died. Born in Burnaby, BC, Francks began singing when he was just six-years-old and acting when he was ten. He was still in his teens when he landed a job as a disc jockey at a Vancouver radio station. He left that job and school to join the merchant marine. Following that he began his career as an actor and made appearances in such popular American TV series as Jericho and The Man from U.N.C.L.E. In Hollywood he appeared in the film version of Finian’s Rainbow (1968), alongside Fred Astaire and Petula Clark.

In what appeared to be a trend in his life, Francks then dropped out of showbiz to live on the Red Pheasant Reserve in Saskatchewan with his wife Lili Francks. He was adopted as a Cree, and named Iron Buffalo but once again sought the spotlight and in the late ‘70s, narrated the CBC series This Land. He won 2 successive ACTRA Awards for performances in CBC’s Drying Up the Streets (1980) and The Phoenix Team (1981).

His TV credits include appearances on shows like Nikita, Kung Fu, Road to Avonlea, Top Cops, The Diviners, Flamingo Estates and Side Effects. In film he brought his considerable talent to productions like The Drylanders, Ivy League Killers, The Tomorrow Man, Old Fish Hawk, Labour of Love, I’m Not There, Good Times at the Rainbow Bar and Grill (which also featured his daughter Cree Summer), The Big Town, Johnny Mnemonic, and Paint Cans.

Francks was most active as a singer, songwriter and multi-instrumentalist, playing in the ‘60s at such noted clubs as George’s Spaghetti House in Toronto, and the Village Vanguard in New York City.

Don Francks was 84 when he died of cancer in Toronto on April 3, 2016. Click here to learn more about Don Francks.