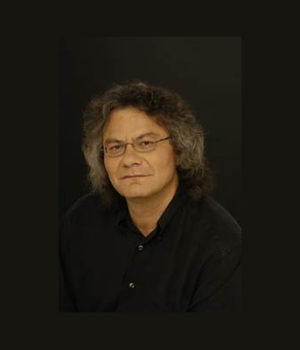 (November 24, 2015 – Edmonton, Alberta) – Award-winning filmmaker Gil Cardinal has passed away following a lengthy illness. Born in Edmonton in 1950, he was placed in a foster home at the age of two, and only discovered his Métis roots while working on a documentary in the mid-1980s.

Known for exploring raw subject matter such as substance abuse, the foster care system, and his struggles with his own cultural identity, Gil Cardinal directed episodes of hit TV series such as North of 60 and The Rez, as well as the Gemini-nominated mini-series Big Bear. Earlier in his career, Cardinal worked for many years with the National Film Board of Canada (NFB) as a freelance director, researcher, writer and editor. His first film for the NFB was Children of Alcohol (1983), a documentary about a group of teenagers and pre-teens focusing on the effects of parental alcoholism.

The film closest to his heart was the very personal Foster Child (1987), a cinéma-vérité documentary about his search for his family roots. His simple, straightforward approach led him to discover the identity of his Métis mother, who ended her tragic life in a series of boarding houses on Edmonton’s skid row. The film was a success on the festival circuit and broadcast on CBC’s Man Alive series. Cardinal was awarded a Gemini Award for Best Direction for a Documentary Program in 1988, and Foster Child remains one of the most internationally acclaimed films produced by the NFB.

In 1987, Cardinal made Keyanaw Tatuskhatamak, about the struggle for Native self-government among the remote people of Northern Alberta, and in 1988 he directed Bordertown Café, a half-hour drama for the CBC. His other NFB credits include The Spirit Within (1990), on Indigenous cultural/spiritual programs in prisons, and David with F.A.S. (1997), an exploration of fetal alcohol syndrome.

In 1998, he directed the big-budget CBC miniseries Big Bear starring Gordon Tootoosis and Tantoo Cardinal (for which Cardinal was nominated for a second Gemini) and in 2006 the CBC drama Indian Summer: The Oka Crisis, about the 1990 standoff between the federal government and the Mohawks of the Kanesatake Reserve. Cardinal 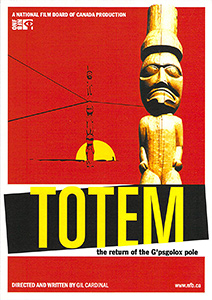 also directed numerous episodes of North of 60 and The Rez, as well as the feature-length documentary Totem: The Return of the G’psgolox Pole, which screened at the 2003 Toronto International Film Festival.

In 1997, Cardinal was recognized with a National Aboriginal Achievement Award for Film and Television. Earlier this month he was presented with the David Billington Award, for outstanding contributions to Alberta’s production community.

Commenting on Cardinal’s passing, Claude Joli-Coeur, the Government Film Commissioner and Chairperson of the National Film Board of Canada, said, ““Gil Cardinal was a true pioneer and creative spirit, who left an indelible mark on documentary and Indigenous storytelling in this country. It was a privilege to know him and to work with him, and his loss is very keenly felt here at the National Film Board of Canada.”

Bonnie Thompson, Producer, NFB North West Centre, Edmonton also commented on Gil Cardinal’s remarkable career. ““Gil was a dear friend, who put so much of himself into his work, and brought a lovely presence and spirit when he was producing and mentoring emerging filmmakers at the NFB studio in Edmonton. He leaves a huge legacy, with his work with Indigenous communities and his great contributions to the awareness of Indigenous issues in this country.”

With his approval, the Gil Cardinal Legacy Fund has been created by a group of Edmonton filmmakers to assist emerging Indigenous filmmakers wishing to produce a demo for their first film, drama or documentary. As he was a mentor to so many, this fund will continue that legacy. Donations to the fund may be sent to the Gil Cardinal Legacy Fund c/o Suite 201, 5305 Allard Way, Edmonton, Alberta, T6H 5X8.