(October 18, 2022 – Montréal, Québec) To mark the 25th anniversary of the festival, the Montreal International Documentary Festival (RIDM) has invited five local filmmakers, whose latest works will be in official competition this year, to program a documentary that has helped shape or inform their creative process. Thus, Sofía Brockenshire (The Dependents), Carlos Ferrand (Mecánicos piratas de Lima), Dominique Chaumont (Veranada), Zaynê Akyol (ROJEK) and Simon Plouffe (Forests) will take part in Doc-to-Doc: 25 years of Encounters section presented by Télé-Québec. RIDM was Quebec’s first film festival dedicated to documentaries and presents the best non-fiction films, including the works of established directors and new talents. The Doc-to-Doc evenings are free of charge, open to all, and are presented as part of the festival’s 25th edition, which runs from November 17 to 27. 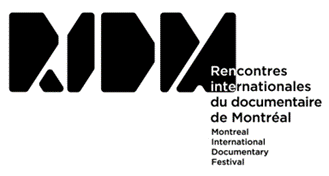 The selected films will be screened one at a time, from November 21 to 25, at the Cinémathèque québécoise’s Fernand-Seguin screening room. Each presentation will begin with a filmmaker-programmer explaining why their documentary pick is so important to them. Following each screening, they will then have a conversation with the filmmaker who inspired them (Andrea Bussmann, Sylvain L’Espérance, Jean-François Caissy, François Jacob, Robert Morin). A delightful way to highlight the festival’s “rencontres” or ‘encounters’ component.

SOFÍA BROCKENSHIRE and ANDREA BUSSMANN | November 21
This year, Sofía Brockenshire will present the North American premiere of The Dependents. Through a meticulous exploration of the diary kept by the filmmaker’s father for decades, this feature film is a bold family portrait with a rich soundtrack that moves between past and present and touches on themes of home, uprootedness, and today’s major patterns of migration.

As part of Doc-to-Doc, she will be in conversation with Andrea Bussmann about the film Fausto, whose world premiere took place at Locarno in 2018. Set in Oaxaca, Mexico, Fausto blurs the boundaries between reality and fantasy in its explorations of the mythologies and folklore of the community it is rooted in.

CARLOS FERRAND and SYLVAIN L’ESPÉRANCE | November 22
This year, Carlos Ferrand brings the world premiere of his latest short film, Mecánicos piratas de Lima, to the RIDM. In the 1970s, the filmmaker worked as a director of photography for Peru’s revolutionary military government. Recently edited from Super 8 footage shot in that very context, the film takes viewers on a poetic journey into a timeless past.

As part of Doc-to-Doc, Carlos Ferrand chose to program The Song of Empedocles (2019) by Sylvain L’Espérance and Marie-Claude Loiselle. Surveying Greece, the film captures the spirit of a place where tradition and know-how collide with modern industry under the placid gaze of landscapes imbued with a rich history.

DOMINIQUE CHAUMONT and JEAN-FRANÇOIS CAISSY | November 23
Also presented as a world premiere this year, Veranada by Dominique Chaumont provides a glimpse into the daily life of shepherds working in the heat of Malargüe, a town in western Argentina. The droughts brought about by global warming represent a major obstacle to sustaining their way of life. The film is both a contemplative portrait and a wake-up call to the impacts of climate change.

For Doc-to-Doc, the filmmaker has teamed up with Jean-François Caissy to present his documentary Journey’s End (2009), a tender exploration of old age. The film plays on the innate power of cinema in its simplest form.

ZAYNÊ AKYOL and FRANÇOIS JACOB | November 24
As previously announced, ROJEK by Zaynê Akyol will have its Quebec premiere at the RIDM. The film weaves together a series of candid testimonials with some of the most prominent members of the Islamic State, held in captivity in Syrian Kurdistan. Filmed with incredible intimacy, these unnerving interviews confront us with a slew of fundamentalist beliefs.

The filmmaker chose to engage in a dialogue with François Jacob about his film A Moon of Nickel and Ice (2016). The documentary takes us to the mining town of Norilsk in Russia, where polar winds and industry pollution prevail, and where inhabitants dream of escape.

SIMON PLOUFFE and ROBERT MORIN | November 25
Simon Plouffe is back at the RIDM with the Quebec premiere of his latest short film, Forests. The outcome of a precise and subtle process, both in terms of sound and visuals, the film relates Innu stories rooted in forests that were destroyed after the construction of dams in unceded territories. In doing so, Forests also underscores the importance of trees for various ecosystems as well as all life on Earth.

He will partner up with Robert Morin to screen the classic Whoever Dies, Dies in Pain (1998). Toying with the boundaries of reality, this narrative fiction unfolds during a raid on a drug den, as junkies take two police officers and a cameraman hostage, forcing the latter to record their account of the events.

To (re)discover some of the filmmakers who will take part in Doc-to-Doc, the RIDM has teamed up with Télé-Québec to offer five of their documentaries free of charge. Starting next Wednesday, October 26, the Télé-Québec streaming platform telequebec.tv and the Télé-Québec application will host Gulîstan, Land of Roses (2016) by Zaynê Akyol, Others’ Gold (2011) by Simon Plouffe, Guidelines (2014) by Jean-François Caissy, Americano (2007) by Carlos Ferrand and Epecuén (2011) by Sofía Brockenshire. These films will be available until November 27.

Click here for a link to RIDM and other November 2022 film festivals.