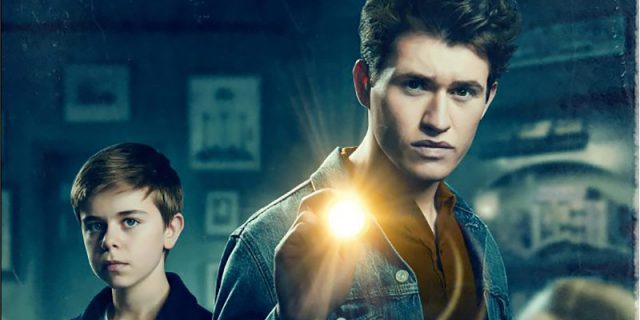 The Hardy Boys on YTV
by Staff

(January 27, 2021 – Toronto, ON) The Hardy Boys have been around since their debut in 1927. Not quite 100 years later you’d think it would be time to retire. But the characters, brothers Joe and Frank, have evolved and changed and grown over the decades but they never grew up, never got old. Now a brand new iteration of the seemingly timeless classic is coming to YTV, a Corus Entertainment Network.

As in the original books, mystery, family secrets and the pursuit of the truth collide. This new 13-episode series unfolds after a family tragedy strikes, when Frank Hardy (Rohan Campbell), 16, and his brother Joe (Alexander Elliot), 12, are forced to move from the big city to their parent’s hometown of Bridgeport for the summer. Frank and Joe’s quiet summer quickly comes to a halt when they discover their dad, detective Fenton Hardy (James Tupper) has taken on a secret investigation, leading the boys to take it upon themselves to start an investigation of their own, and suddenly everyone in town is a suspect. 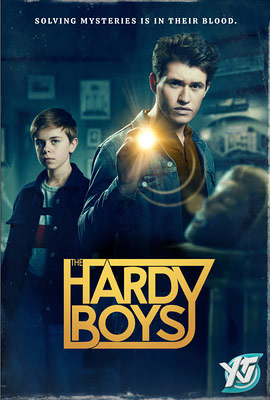 “For years, kids have grown up with the iconic Hardy Boys in their homes and Corus is proud to continue the longstanding legacy of Frank and Joe with this fresh take on a classic for today’s generation to discover,” said Colin Bohm, Executive Vice President of Content and Corporate Strategy, Corus Entertainment. “The Hardy Boys is a gripping high-stakes adventure with strong characters portrayed by an incredibly strong cast. The series’ genuine storytelling of a hometown mystery is layered with suspense and intrigue that families will enjoy solving together.”

“After a successful launch on Hulu in the U.S., we are extremely excited to bring The Hardy Boys to Canadian audiences,” said Pam Westman, President, Nelvana. “As a powerhouse kids network delivering premium content to families across Canada, YTV is the perfect partner to launch this new homegrown iteration of The Hardy Boys that will have viewers of all ages on the edge of their seats.”

“We’re extremely proud to bring the beloved series to YTV and thankful for the support from our partners at Nelvana,” said Joan Lambur, Executive Producer, Lambur Productions. “We’re grateful for the amazing talent of the cast and crew and so excited for new audiences to connect with the Hardy boys!”

Although the series claims to be “based on the books by Franklin W. Dixon,” it should be noted there was no such person and the original books were written by several ghostwriters. That doesn’t change the fact the Hardy Boys have an enduring popularity. This new series of 60-minute programs premieres Friday, March 5 at 9 p.m. ET/PT. The series is produced by Lambur Productions and Nelvana, in association with Corus Entertainment. The Hardy Boys is executive produced by Joan Lambur, Peter Mohan, who also serves as Head Writer, and Jason Stone, who also serves as Lead Director. Madeleine Lambur serves as Creative Producer and Paula Smith is Supervising Producer. For Corus and Nelvana, Kathleen Meek is Production Executive and Doug Murphy, Pam Westman, and Athena Georgaklis are Executive Producers.