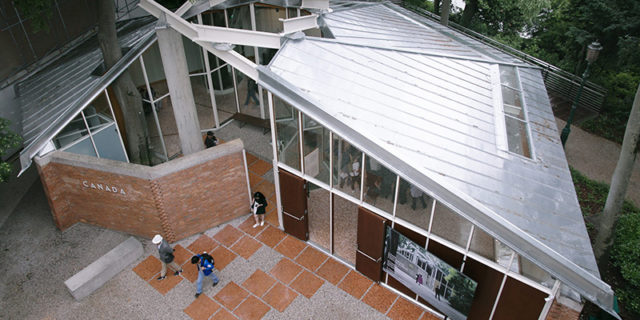 (March 18, 2020 – Montréal, Québec) With the outbreak of the COVID-19 pandemic, film festivals scrambled to adjust to a rapidly changing reality. Some decided to postpone, as we previously reported. In Montréal, organizers of the 38th annual International Festival of Films on Art (FIFA) decided to go ahead, but shift all their screenings online. A decision applauded by the National Film Board of Canada (NFB), which has three productions in this year’s festival.

FIFA’s opening film, We Are Not Princesses by Bridgette Auger and Itab Azzam, kicked off the festival when it was available online at 7 p.m. last night. The NFB titles provide fascinating perspectives on different artistic practices and includes two premieres.

The first, being presented in the international competition section of FIFA, is the feature-length auteur doc Plus haut que les flammes (Higher Than Flames Will Go) by Acadian filmmaker Monique LeBlanc. It is a moving adaptation of Louise Dupré’s 2011 Governor General’s Award-winning book of poetry of the same title, recited in its entirety by actor Violette Chauveau, and filmed at various locations, including Auschwitz, Canada, Louisiana, Nicaragua, and Ukraine.

Then there is the short documentary À ciel ouvert, portrait d’un pavillon à Venise (Open Sky: Portrait of a Pavilion in Venice) by Katerine Giguère. Running 26 minutes, the focus is the Canada Pavilion at the Venice Biennale (pictured above) that has welcomed contemporary Canadian artists and architects and their works since 1958. Giguère directs an intimate portrait of this architectural gem, designed by Milan’s famous Studio BBPR. She showcases the building’s history and architecture which, like its gardens, recently underwent a major restoration, led by the National Gallery of Canada. 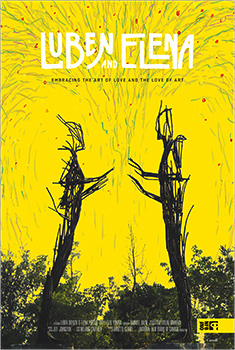 The third NFB offering is the 75-minute feature documentary Luben and Elena by Ellie Yonova, which is a portrait of artists Luben Boykov and Elena Popova, who fled the repression of communist Bulgaria and found refuge in Newfoundland, embracing the love of art and the art of love. The film received its world premiere at the FIN Atlantic International Film Festival and was selected to screen at the St. John’s International Women’s Film Festival.

These three NFB productions will be streamed at the festival from today, Wednesday, March 18, until midnight on Sunday, March 29. Details about online access to the films, awards and other information can be found at the FIFA website.