The TFCA Turns 21
by Jim Slotek

(January 3, 2018 – Toronto, ON) You’ve got Telefilm and other taxpayer-related grant agencies. And crowdfunding of course. But a major single source of cash for Canadian movies these days is the Toronto Film Critics Association. We criticize because we love.

At its gala Jan. 9 at Toronto’s Carlu – as it does each year – the TFCA will give $100,000 (courtesy of sponsor Rogers) to the movie its members deem Best Canadian Film of the Year.

It’s the biggest cash prize for any Canuck filmmaker, enough for many to make several films. Last year, in a move that was consummately Canadian, the winner, Hugh Gibson (who won for his documentary The Stairs, about Toronto’s Regent Park), shared his winnings with runners up Matt Johnson (Operation Avalanche) and Kazik Radwanski (How Heavy This Hammer). The runners-up got $5,000 each, so the trio split a combined $110,000.

As if that wasn’t enough seed money for the industry, this august group of film know-it-alls (of which I happen to be a member) hands out the annual Technicolor Clyde Gilmour Award (in the name of the late, great Toronto Star movie critic. It’s a career recognition, whose recipients (including Deepa Mehta, Alanis Obomsawin and Norman Jewison) are given $50,000 in post-production services from Technicolor to hand off to a young filmmaker of their choice.
Other awards handed out by the TFCA include the Canadian Tire Allan King Award (not restricted to Canadians, but handed out in the past to Sarah Polley for Stories We Tell and Jennifer Baichwal for Manufactured Landscapes) and the $5,000 Manulife Financial Student Film Award.

This gang of 40-or-so sometimes-squabbling film reviewers is celebrating its 20th year as an organization, with the publication of Our Words On Film, a book of selected articles by its members (available at Toronto’s TIFF Bell Lightbox). It’s gobsmacking to us how a group of writers that started out around a table at a cozy Italian restaurant, came to have such a footprint on the industry on which it reports.

Gilmour was one of two legendary Canadian film critics whose influence informed the creation of the TFCA. The other was Jay Scott, the Globe & Mail’s colourful, hard-partying master of words and metaphors who championed Canadian film throughout his career until his death in 1993. The award in his name – the Stella Artois Jay Scott Prize – goes to Canadian up-and-comers, like Ingrid Veninger and Xavier Dolan (whose work Jay would have loved). For her part, Veninger gave her $5,000 prize in thousand-dollar increments to five younger filmmakers. Canadian moviemakers apparently like to share.

The years pass, and some fondly-regarded colleagues are no longer with us. Now magazine’s late John Harkness (known at one time to studio film publicists as “The Harkness Monster) would pronounce loudly on films as they were screening, and would often leave early – sometimes very early. “If the milk is sour, I don’t drink the whole quart to find out if it gets any better,” he’d say when called on it. Fun fact: late in life, John became quite well off from winnings in online poker.

Original member Angela Baldessarre was smart, witty, well-liked and well-informed, and a staunch advocate of international (and particularly Italian filmmaking). There is an annual Best Film award in her name at the Italian Contemporary Film Festival, and I was proud to serve on the jury and give a speech about her and this year’s winning film Fiore.

Anyone who thinks critics are a hive mind, loving films you hate and hating films you love, would be surprised at the strenuous debate that goes on in our annual “live vote” (I plan to wear a “Your favourite film sucks” t-shirt to next year’s vote). Sometimes we crazily leave orbit, like the year we voted Nicolas Cage best actor for Bad Lieutenant: Port Of Call New Orleans.

We also have philosophical differences about what Canadian films should mean. (I maintain our comfort-myth about being a breeding ground for funny people tends not to be reflected in our movies, which often suggest we’re the unhappiest place on Earth. I pushed hard one year for Goon as best picture. No luck). 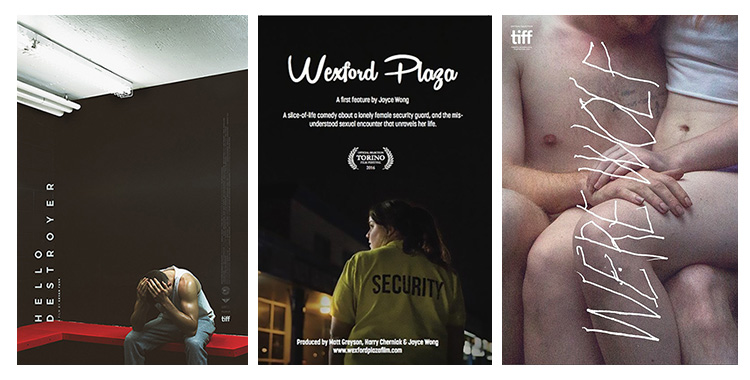 This year, the trio of Canadian filmmakers in line for a that $100k cheque is young, given to thought-provoking films, all worth a look. Kevan Funk’s Hello Destroyer (about a junior hockey player who goes from hero to zero after critically injuring an opponent with a hit) is as much a study of society’s shunning behaviour as about Canada’s de facto national sport. Ashley McKenzie’s Werewolf is an affecting piece about a relationship of two junkies, doomed by their inability to sync their attempts to get “clean,” while Joyce Wong’s very millennial Wexford Plaza uses a Rashomon-like approach to portray a flirtation that goes way wrong between a 19-year old woman working as a strip-mall security guard and a commitment-phoebe bartender.

For the record, here are some more past winners of the TFCA’s Rogers Best Canadian Film prize: Guy Maddin (The Forbidden Room and My Winnipeg), Denis Villeneuve (Enemy, Incendies and Polytechnique), Sarah Polley (Stories We Tell and Away From Her), David Cronenberg (A History Of Violence and Spider) and Zacharias Kunuk (Atanarjuat: The Fast Runner).

That’s a formidable slice of Canadian film history right there.

The Stars Come Out for the CSAs