Home News The Walrus and the Whistleblower Wins at Hot Docs

The Walrus and the Whistleblower Wins at Hot Docs
by Staff

(June 8, 2020 – Toronto, ON) – Hot Docs has announced the top five Canadian features in this year’s audience poll that will share the $50k CDN Rogers Audience Award, courtesy of Rogers Group of Funds, as well as the overall Hot Docs Audience Award winners in the feature, mid-length and short categories. This year’s Festival streamed over 140 films with 69 virtual Q&As, hosted three live Q&As with the NFB, and presented five Big Ideas webinars, presented by Scotia Wealth Management, that featured directors and subject matter experts. The Hot Docs Festival Online ran from May 28-June 6, with a majority of titles still available at to stream until June 24. 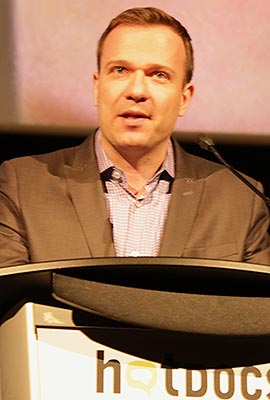 “There’s been such a positive response to this year’s Hot Docs Festival Online, with audiences eager to watch these outstanding documentaries,” said Brett Hendrie, Executive Director of Hot Docs. “Thank you to all of the remarkably talented Canadian and international filmmakers who presented their work during this year’s online edition. These exceptional films transported viewers across countries and continents to share eye-opening and inspiring stories. Our deepest thanks to our community and our partners who made this Festival possible in these unprecedented times.”

“Congratulations to the five Canadian documentaries that received this year’s Rogers Audience Award,” said Robin Mirsky, Executive Director, Rogers Group of Funds. “Through honest and captivating storytelling these films captured the hearts and minds of audiences, introducing them to new stories told from unique Canadian perspectives. We’re so proud to celebrate and support the work of Canada’s talented filmmakers with this prize for a fourth year.”

During a special virtual presentation ceremony on Sunday night, it was announced that the winners of the $50k Rogers Audience Award are The Walrus and the Whistleblower (D: Nathalie Bibeau) a stranger-than-fiction tale of a MarineLand trainer turned whistleblower who sparks an online movement to end marine mammal captivity; 9/11 Kids (D: Elizabeth St. Philip), about the lives of the 16 schoolchildren—now in their mid-20s—who were in the room with President Bush when he was informed about the September 11th terrorist attacks; The Forbidden Reel (D: Ariel Nasr), which dives into Afghani film history to reveal a vibrant national cinema shaped through years of war and chaos that was almost lost at the hands of the Taliban; First We Eat (D: Suzanne Crocker), about a mother who challenges her family to eat only locally sourced food at their remote home 300 kilometers from the Arctic Circle; and There’s No Place Like This Place, Anyplace (D: Lulu Wei), which follows the historic Mirvish Village community as it looks at the entrification of Toronto told through the stories of people affected by the closure of the iconic discount store, Honest Ed’s (pictured below). Each winner will receive a cash prize of $10,000 CAD. 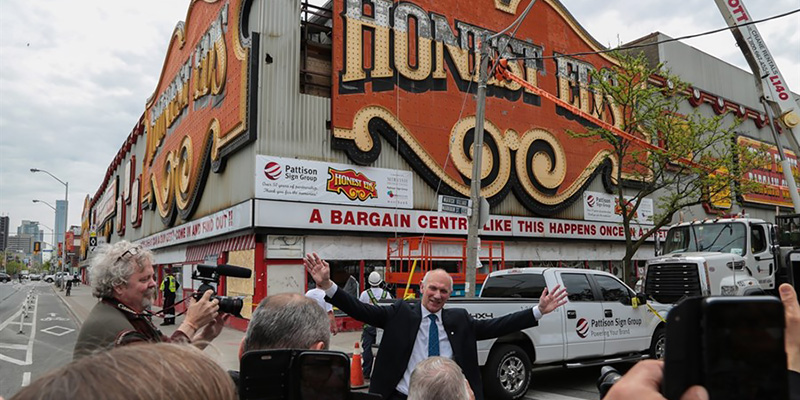 The TOP 10 Auduience Favourites, as determined by audience vote are:

Curse of Clara in time for the Holidays