Whodunit in Toronto
by Staff

(May 30, 2018 – Toronto, ON) We’ve lost count of the number of film festivals held each year in Toronto. Last time we looked, in 2015, there were 70 festivals in the capital city of Ontario. This year…? Who knows. We do know that there’s a new festival coming next month and its devoted to fans of the Whodunit genre. It’s the Toronto True Crime Film Festival and it’s scheduled to roll out over two days, June 8 and 9 at the Royal Cinema.

Horror Studies) as well as Elizabeth Munro and Claire Bonduro who have academic backgrounds in justice services, victims advocacy and criminology.

What’s in store? Well, frankly, not much. That said, it’s a very narrow genre. Crime films have been around since the beginning of filmmaking but true crime films are rare. The lineup for the first ever Toronto True Crime Film Festival includes:

Abducted In Plain Sight is a stranger-than-fiction documentary about the Brobergs; a naïve, church-going Idaho family that fell under the spell of a sociopathic neighbour who would stop at nothing to be with their twelve-year-old daughter. You will not believe how bizarre this true tale of obsession gets! The 91-minute U.S. feature is directed by Skye Borgman is accompanied by the short Canadian film Maybe If It Were a Nice Room from director Alicia K. Harris.

The award-winning Slamdance hit My Name is Myeisha is a hip-hop musical inspired by the 1998 police shooting of California teen Tyisha Miller (as well as countless other acts of police brutality against African American citizens) and adapted from the internationally acclaimed play, Dreamscape. Screens with Oscar-nominated 2017 short U.S. film Traffic Stop directed by Kate Davis.

The Nicole Nielsen Horanyi film, The Stranger is a Canadian Premiere. The 100-minute Danish film is about a woman named Amanda. After meeting the man of her dreams on Facebook, she finds herself being swept off her by a dedicated father and charming heir to a family fortune. There’s only one problem—everything the man has told her is a lie. This documentary-narrative hybrid includes reenactments played out almost entirely by the actual characters of this twisted story of an imposter. The Stranger is a DOC NYC Grand Jury Prize-winning film. It screens with short-film U.S. film 42 Counts by Director Jill Gevargizian.

Hostages is a 2017 Georgia-Russia-Poland co-production. The 103-minute feature from director Rezo Gigineishvili is also a Canadian Premiere. It’s a tension-filled drama based on the true story of a 1983 airplane hijacking by a group of Georgian youth trying to escape the Soviet Union. Screens with short U.S. film Don’t Be a Hero from Director Pete Lee. 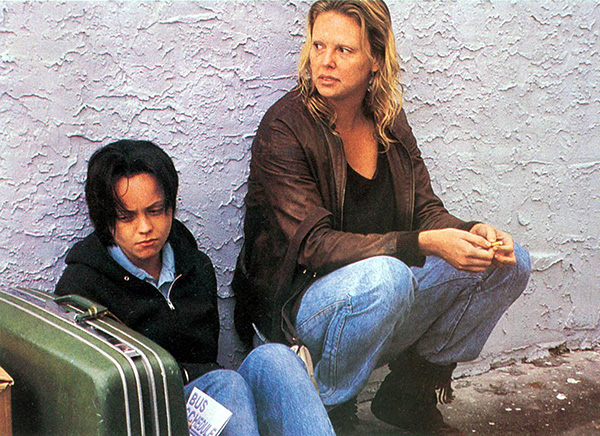 Programming is rounded out by a 15th-anniversary screening of Patty Jenkin’s Academy Award-winning biopic Monster. Shortly after moving to Florida, longtime prostitute Aileen Wuornos (Charlize Theron) meets young and reserved Selby Wall (Christina Ricci) and a romance blossoms. When a john (Lee Tergesen) attempts to brutalize Aileen, she kills him and resolves to give up prostitution. But supporting herself and her new girlfriend through legitimate means proves extremely difficult, and she soon falls back on old ways. More johns die, and Selby can’t help but think her new friend is responsible. Monster screens with U.S. short film The Sandman by Director Lauren Knapp.

The festival includes a symposium section that will feature three daytime events through which audiences can get up close and personal with true crime professionals and media practitioners whose work centres on the world of true crime.