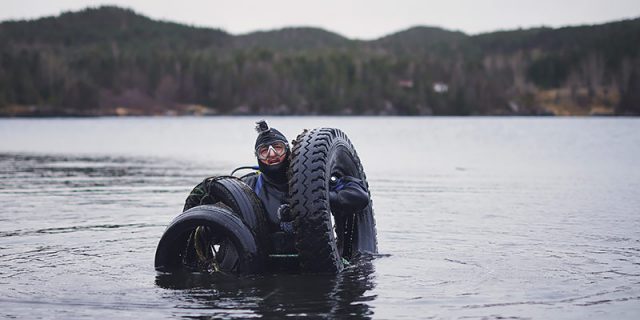 The Hot Docs on CBC series presents first-run original Canadian feature documentaries, every Sunday in January 2022 at 8 p.m. (8:30 NT) on CBC TV and the free CBC Gem streaming service, and it begins in two days.

“We are excited to partner once again with Hot Docs to bring these captivating and insightful festival selections to viewers at home in January,” said Sally Catto, General Manager, Entertainment, Factual & Sports, CBC. “As Canada’s home for must-see documentaries, we are proud to shine a national spotlight on documentary storytelling with Hot Docs on CBC, and celebrate the distinct perspectives of these filmmakers widely with audiences across the country.”

“We’re thrilled to be partnering with CBC to bring these five outstanding films, all of which screened at our 2021 Festival, to wider audiences across Canada,” said Heather Conway, Hot Docs Co-President and Executive Director. “As North America’s largest documentary festival, we’re fortunate to have partners such as CBC who are as passionate as we are about these important Canadian stories.”

Dead Man’s Switch: a crypto mystery
Sunday, Jan. 2 on CBC and CBC Gem at 8 p.m. (8:30 NT)
Gerald Cotten, the 30-year-old CEO of Canada’s largest cryptocurrency exchange, dies suddenly in India. Over $200 million disappears leaving investors empty-handed, kicking off a major scandal and fuelling speculation that his exit was only one of many scams. Directed by Sheona McDonald, 2021.

Portrayal
Sunday, Jan. 9 on CBC and CBC Gem at 8 p.m. (8:30 NT)
Roman Lapshin has been tormented by a secret from the past involving the discovery of thousands of his dead grandfather’s missing paintings. Compelled to bring recognition to his grandfather’s legacy as an artist, Lapshin travels across three continents in a high-stakes, suspenseful search for the truth. Directed by Billie Mintz, 2021.

Hell or Clean Water (Pictured above)
Sunday, Jan. 16 on CBC and CBC Gem at 8 p.m. (8:30 NT)
The inspiring story of Newfoundlander diver Shawn Bath’s obsessive quest to clean up the coastal ocean floor one rotting tire at a time. He’s already removed thousands of pounds of garbage on his own and is now seeking ways to scale up his operation and bring attention to a worldwide environmental crisis. Directed by Cody Westman, 2021.

One of Ours
Sunday, Jan. 23 on CBC and CBC Gem at 8 p.m. (8:30 NT)
Josiah Wilson was adopted as a baby in Haiti and raised in an Indigenous family in Alberta. His story made the news when he was refused the right to play in an Indigenous basketball tournament. Unable to participate in a sport he deeply loves, Josiah finds unwavering support from his family and the Heiltsuk Nation community. Directed by Yasmine Mathurin, 2021.

The Gig Is Up: A Very Human Tech Story
Sunday, Jan. 30 on CBC and CBC Gem at 8 p.m. (8:30 NT)
Armed with only a smartphone or laptop, an entire workforce has been lured into the gig economy with the promise of flexible hours and the advantages of being their own boss. But what many workers have found is work conditions that are dangerous, pay that often changes without notice, and the constant threat of being fired. Uncover the real costs of the platform economy as companies like Uber, Amazon and Deliveroo evade labour laws and policymakers. Directed by Shannon Walsh, 2021.