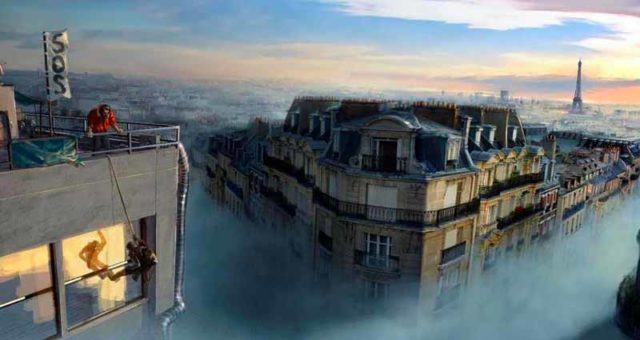 (July 9, 2018 – Toronto, ON) When the 2018 Fantasia International Film Festival kicks off its 22nd edition on Thursday of this week it will be with the highly anticipated new film from Québec director Daniel Roby, Dans la brume.


The 88-minute feature mixes drama and action in a sci-fi thriller that is far more possible and therefore far more frightening than all of the high-tech action movies based on comic book characters that seem to have swept the box office lately.

Dans la brume stars Romain Duris (L’auberge espagnole) and Olga Kurylenko (Quantum of Solace) in the lead roles as a Parisian couple. The plot centres on an unimaginable event when an earthquake is followed by a deadly mist that sweeps through the streets of Paris killing all in its path. Survivors quickly find refuge in the upper floors and roofs of 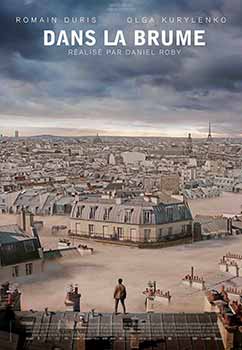 buildings in the capital. Anyone who knows Paris knows the city is almost exclusively six stories high. What complicates this plot, is the couple’s daughter, played by Fantine Harduin. She has a genetic disorder that forces her to live in a hermetic box, actually a large ultra-modern tube, that filters the air. This already vulnerable existence becomes even more precarious as the mysterious toxic gas surrounds her protective bubble. Without information, without electricity, without water or food, the small family tries to survive this disaster while her parents try to figure out how to descend into the mist and find some way of helping their daughter. This pivotal plot point is behind the English title, which more accurately should be In the Mist or In the Fog, but has been dubbed Just a Breath Away.


This is Daniel Roby’s first film outside of his home base, Québec. Known, or perhaps more accurately, renowned for a small string of hit features, including 2004’s La peau blanche, Funkytown in 20l1 and Louis Cyr: The World’s Strongest Man in 2013, this new film is a cinematic tour de force. If you miss it at Fantasia, it is scheduled to open in general distribution in Québec on August 10.

For more about Dans la Brume and to watch the trailer, click here.
For more information and a complete list of films at this year’s Fantasia, click here.