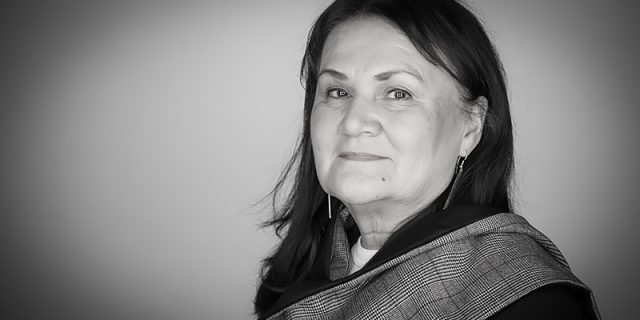 The August Schellenberg Award of Excellence (the “Augie”) is an annual prize that recognizes significant professional and personal achievement by an Indigenous actor, of any gender, from Turtle Island. Dr. Shirley Cheechoo will receive her award at the online imagineNATIVE Awards Presentation on Sunday, October 24.

Shirley Cheechoo was born in Eastmain, Quebec, on the eastern shore of James Bay. Shirley is an accomplished and award-winning artist, actor, and filmmaker who has been working in the Indigenous community for over 30 years. She is the proud recipient of numerous awards both for her own work and in recognition of her profound contributions to arts practice throughout Ontario. This multi-award-winning filmmaker was the first person from a First Nation in Canada to write, produce, direct, and act in a feature-length, dramatic film, entitled Bearwalker, which had a market screening at the Cannes Film Festival in France. She is the Founder and Artistic Director of the Weengushk Film Institute.

“…the longevity of a career but also someone who has done so much for the community and giving back and advocacy and fighting for the rights and it’s so amazing to know that this year the award will go to the incredible Shirley Cheechoo who has done so much artistically but also equally for her community,” said Jani Lauzon, member of the Augie Award selection committee. 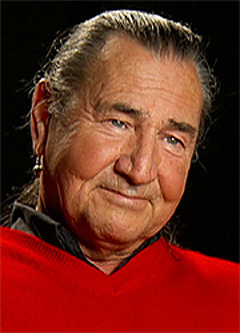 The August Schellenberg Award of Excellence was launched in partnership with Joan Karasevich Schellenberg to honour her late husband, actor August (Augie) Schellenberg, and the spirit of his work. This annual award is presented to gifted Indigenous actors based on the longevity and impact of their careers, as well as their professionalism and involvement in mentorship and community work. Past Augie recipients include Tantoo Cardinal in 2015, Tom Jackson in 2016, Tina Keeper in 2017, Michael Greyeyes in 2018, Michelle Thrush in 2019, and Lorne Cardinal in 2020.

Montreal-born Mohawk actor August Schellenberg performed in hundreds of theatre, film and television productions throughout his long career including Saving Grace, Free Willy, Black Robe, North of 60 and Bury My Heart at Wounded Knee. He was nominated for an Emmy Award for Best Supporting Actor in a Mini-series or Movie for his role as Chief Sitting Bull in Bury My Heart at Wounded Knee, and played the titular role in an all-First Nations version of Shakespeare’s King Lear at Ottawa’s National Arts Centre.

The imagineNATIVE Film + Media Arts Festival (October 19-24, 2021) is the world’s largest Indigenous festival showcasing film, video, audio, and digital + interactive media made by Indigenous screen-content creators. The Festival presents compelling and distinctive works from Canada and around the globe, reflecting the diversity of Indigenous nations and illustrating the vitality and dynamism of Indigenous arts, perspectives, and cultures in contemporary media.