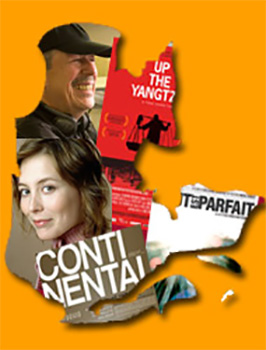 Teen anguish movies have come a long way since Nicholas Ray’s cosmic psychodrama, Rebel without a Cause (1955), and Robert Wise’s street gang ballet, West Side Story (1961). Even Alex Cox’s Sid and Nancy (1986), about the relationship between punk legend Sid Vicious and his girlfriend Nancy Spungen, plays as touching romance compared to the black hole nihilism and apocalyptic horrors of Larry Clark’s Kids, Bully and Ken Park (respectively 1995, 2001, and 2002), or Gus Van Sant’s Elephant (2003).

One of the bleakest films ever made about adolescents, Yves-Christian Fournier’s Tout est parfait (Everything Is Fine) tracks the sad wanderings of a boy called Josh (Maxime Dumontier), whose best friends have just killed themselves in an inexplicable suicide pact. 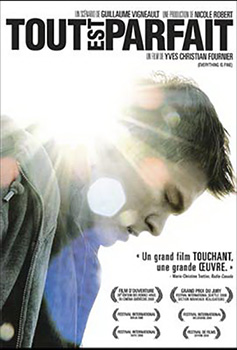 From its hushed opening sequence, Fournier’s movie never goes melodramatic in its depiction of Josh’s numb quest for scraps of meaning in his destabilized world. He lives in a forlorn industrial suburb where his brightest moments are making love to his girlfriend (Chloé Bourgeois) in excavation pits and on the back of gigantic dump trucks. One of the picture’s few adult characters, a dead friend’s father (Norman D’Amour), looks like a burnt-out hippie and aimlessly practices golf putts in his scraggly yard. As in a film by the late Michelangelo Antonioni, the desolate environment seems to both reflect and influence the psychological state of the characters.

On top of positive audience reactions and reverential reviews, Seville International had no trouble selling the picture, produced by Go Film’s adventurous Nicole Robert, at Berlin’s European Film Market. Once there was a clear signal that Tout est parfait would be one of 2008’s most talked-about movies, Fournier and screenwriter Guillaume Vigneault became instant media darlings, interviewed in media outlets ranging from radio and TV to the dailies and alternative weeklies.

It turns out that Tout est parfait was an intensely personal movie for its director; during a period when he and his teenage friends toyed with nihilistic ideas, some of them committed suicide. As for Vigneault, he is the son of legendary chansonnier and indépendantiste, Gilles, whose song Mon Pays is an unofficial national anthem. It’s a long way from Gilles’ quivering yearning for a brave new world to his perfectly bilingual son’s vision of 17-year-old skateboarders killing themselves in a depressed hinterland.

Everything in Québec is far from perfect, but no matter how ugly the headlines and crappy the winter, les Québécois and Québécoises know how to get bubbly when they’re out having a good time with “tout le gang.” Even a film about teen suicide failed to dampen the celebratory mood of the 1500 people who attended the opening of the 26th Rendez-vous du cinéma québécois in Place des Arts.

The good vibe continued throughout the RVCQ’s ten-day run with enthusiastic cinephiles crowding screenings and the festival’s various events. When the event wrapped, organizers were claiming that box office was up 20% over last year’s edition.

Among the hottest tickets, Anaïs Barbeau-Lavalette’s The Ring imagines a young boy who sees pro wrestling as salvation from poverty. In an unusual move, the RVCQ played a 140-minute version of Roderigue Jean’s unfinished Hommes à louer, which documents Montreal’s male hookers with a provocative candour that may have led to the film’s producers relegating the movie’s completion to the back burner.

Another doc, Francine Pelletier’s La femme qui ne se voyait plus aller, traces the rise and catastrophic fall of children’s TV producer Micheline Charest. And writer-director Stéphane Lafleur’s much-honoured Continental: A Film Without Guns picked up more admirers of its fine-tuned interplay between melancholy and deadpan humour. At the Rendez-Vous’ Awards Brunch, the Association québécoise des critiques de cinéma, of which I am a member, announced its choice of Continental as 2007’s best film. It opened in Toronto on February 29th. 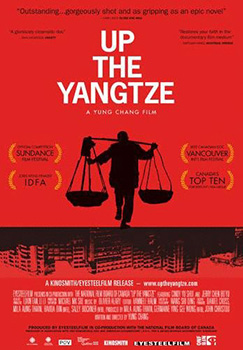 The world’s largest hydroelectric facility will offer benefits, but it’s an ongoing apocalypse for nature and the lives of over a million people flooded out of their homes. At the Sundance Film Festival, Up the Yangtze sold to the American distributor, Zeitgeist Films, and an abbreviated version of the picture will air on the CBC.

Amidst all the good will at Les Rendez-Vous du Cinéma Québécois, two incidents threatened to taint the festival. To the anger of many observers, Denys Arcand’s master class on screenwriting devolved into a master class on peculiar behaviour when the venerated filmmaker banned critics and reporters from attending it. 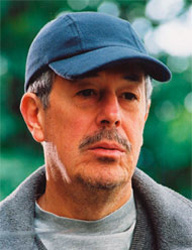 According to Odile Tremblay, film critic for the daily Le Devoir, a Journal de Montréal staffer managed to slip in, but got thrown out like a gate crashing pickpocket. Media types speculated that the ban was Arcand’s payback for the bad press heaped on his new film, L’âge des ténèbres, which will have a spring debut in English Canada. Veteran industry journalist Jean-Pierre Tadros pointed out that Denys Arcand knows what it’s like to be shut out by the powers-that-be. In the 1970’s, the NFB put his controversial exposé of the textile industry, On est au cotton, on the shelf.

Another embarrassment for the RVCQ concerned doc filmmaker Malcolm Guy’s resignation from a jury that awarded a prize for the “promotion of tolerance.” In a published open letter, Guy explained that he got cold feet upon discovering that the annual honour from the Foundation Alex and Ruth Dworkin “was a project of the Canadian Jewish Congress.” According to the outraged doc-maker, the latter is a pro-Israel lobby that promotes intolerance against Palestinians. For the record, the winning film was Helene Klodawsky’s Family Motel, a compassionate portrayal of Somali immigrants coproduced by Montreal’s Instinct Films and the NFB.

While stats show that the 2007 box-office returns for Québec films were not as robust as in years past, Les 3 p’tits cochons did well enough here to take the Academy of Canadian Film and TV’s Golden Reel Genie for most remunerative picture of the year. At the Québec office of the Academy’s evening to honour the province’s many Genie nominees, pre-announced Genie-winners like Cochons producers Christian Larouche and Pierrre Gendron were applauded. The Kodak-sponsored party’s biggest hand went to producer and retired funding agency manager, Harry Gulkin, who was slated to be honoured on Genie night.

Last month, I humbly predicted that Lyne Charlebois’ striking debut feature, Borderline, would click with both audiences and the press. In its first week of release, Charlebois’ glowingly reviewed portrait of a turbulent young woman was #1 at the box office, and by its 3rd week, it had earned almost $1 million.

Immediately after seeing Borderline, Luc Plamondon, celebrity lyricist and co-creator of rock operas (Notre Dame de Paris, Starmania) zipped back to wherever he writes and churned out a number inspired by the film. Benoît Jutras, who composed Borderline’s soundtrack, set Plamondon’s composition to music, and Lulu Hughes recorded it.

An anticipated spring release, groundbreaking Swiss-born director Léa Pool’s Maman est chez le coiffeur promises the kind of visually sensual depiction of female emotion typical of films like her Emporte-moi and Lost and Delirious. Written by Isabelle Hébert, set in 1966, Pool’s heroine Elise, (Marianne Fortier), reacts to the rupturing of a dreamy summer when her mother suddenly leaves for London. The cast features the rock solid Gabriel Arcand and French star Laurent Lucas (With a Friend like Harry, Calvaire), who is rapidly becoming a fixture in Québec-produced movies.

So far, the television phenomenon of the year has been the Radio-Canada series, Les Lavigeurs, la vraie histoire. Until the show’s final episode in late February, about two million viewers watched it every week, yet another example of Québec TV’s gift for knowing which stories will keep viewers’ fingers off the zappers.

Back in the 1980’s, the poor and not particularly happy Lavigeur family suddenly became rich and famous when a lottery ticket won them almost $8 million. Incredibly, Jean-Guy Lavigueur (Pierre Verville) had lost his wallet containing the winning ticket. When a young man from Vancouver tried to return the wallet, aware of the goodie it contained, Jean-Guy’s manic son Yve (Patrice Bélanger) slammed the door in the Samaritan’s face. Eventually, the misunderstanding got sorted out, and the Lavigeurs found themselves living in an island mansion, near suburban Laval.

The family’s good fortune quickly degenerated into a morass of family disputes, lawsuits, betrayals, evaporating capital, drug addiction and suicide. The Mansion, on L’Ile-aux-Pruches, burst into flames, was sold to a biker, and eventually got seized by the police. The series itself has been tarnished by accusations that the “vraie histoire” is full of embellishments, errors, and omissions. For instance, certain lawyers are more than irritated about the characters they believe represent them.

Les Laviguers displays all the familiar tropes of soap-operatic television series extending back to Dallas and Dynasty. The big difference is that the men and women in this mansion are dysfunctional working class people who ascend to their socio-economic status because of a particularly random twist of fate. The standout character is the strung-out Yve, who wrote the 2000 book the series adapts. The real Yve, who still comes across in interviews as manic and seething with anger, looks more like a TV star than the actor who plays him.

Chris Tucker to be Honoured

Deepa Mehta – A Look Back