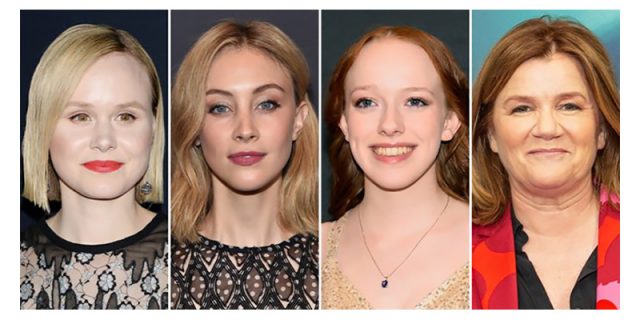 (December 3, 2020 – Toronto, ON) Production on All My Puny Sorrows, has started in North Bay, Ontario, a dramatic feature film written and directed by Michael McGowan and based on the sixth novel by international award-winning Canadian author Miriam Toews.

All My Puny Sorrows tells the poignant story of two Mennonite sisters (Alison Pill and Sarah Gadon) who have left their strict religious upbringing behind. The film explores a unique sibling relationship where Pill’s character Yoli struggles in love and life, yet it is her sister Elf (Gadon), the world-famous concert pianist, that desperately wants to die. The novel won the 2014 Rogers Writers’ Trust Fiction Prize, was shortlisted for the 2014 Scotiabank Giller Prize, the 2015 Folio Prize for Literature, and the 2015 Wellcome Book Prize.

All My Puny Sorrows is produced by McGowan’s Mulmur Feed Co., along with Sugar Shack Productions’ Patrice Theroux, and Carousel Pictures’ Tyler Levine and Katelyn Cursio. The project is supported by the Short-Term Compensation Fund, administered by Telefilm Canada on behalf of the Government of Canada. Production financing provided by Telefilm Canada, Ontario Creates, the Northern Ontario Heritage Fund, and SIM Post Sound and Picture. The film is being distributed in Canada by Mongrel Media and sold globally by Voltage Pictures. Development support furnished by Telefilm Canada and the Harold Greenberg Fund.