(April 15, 2021 – Toronto, ON) We previously looked at some of the documentaries screening online this year in the Canadian Spectrum program of the 2021 Hot Docs Canadian and International Film Festival. This time we look at Canadian films screening in other programs at Hot Docs. A reminder: all films can be screened online across Canada from April 29 to May 9.

In the last year and a few months we have all come to know about the existence of a city called Wuhan in China’s Hubei province. In February 2020, award-winning Canadian director Yung Chang was able to get access to frontline healthcare workers in Wuhan during the intense first wave of the COVID-19 pandemic as field hospitals and staff were pushed to their limits to prevent further infection and care for those already in quarantine. Because Hot Docs is online again this year, this USA-Canada documentary co-production, titled Wuhan Wuhan (pictured above), is available for viewing as of April 29 at 10:00AM.

Artscapes is another program at Hot Docs defined by them as “Creative minds, artistic pursuits and inventive filmmaking.” Billie Mintz wrote, directed and shot this 96-minute Canadian documentary cleverly titled Portrayal about Russian Roman Lapshin. He was just 12 years old when his artist grandfather, Vladimir Dvorkin, told him there was a treasure trove of his paintings, thousands of them, scattered around the world. Lapshin sets out to bring long overdue recognition to his artist grandfather and it turns out to be a globe-trotting event. The young man travels to three continents, often confronting family members who are content to let sleeping dogs lie. As often happens in the art world, a film about artists and their paintings turns into an international thriller and true-crime drama. In English and sub-titled Russian, like all films in the online festival, Portrayal becomes available on April 29 at 10:00AM.

You would think all the films in the Made in Columbia program would be Columbian films. There are only four documentaries in this program and three of them are co-productions. One of them is the Columbia-Canada-Brazil coproduction titled Rebel Love. Alejandro Bernal directs this love story about two people, Cristian and Yimarly, who happen to be FARC-EP combatants caught up in the rebel fight but filled with hope of being together in some new life, starting a family and all the so-called normal things people do. Now pregnant, the couple faces potential doom when the anti-rebel political climate takes an up-tick and former FARC-EP guerillas fear for their safety. Rebel Love runs 77 minutes in Spanish with English subtitles.

Canada is also represented in the World Showcase program, a selection of 33 films, one of which is the Poland-Canada co-pro Between Us. It’s a love story that asks the questions, Is there a recipe for a successful relationship? Can love withstand the test of time? Canadian-born director Dorota Proba turns her camera on three couples. They are a relationship that grew out of an affair; a secret tightly held between a new set of parents; and a young couple at a crossroads in their love and lives. Between Us had its World Premiere at the Krakow Film Festival, was named Best Polish Film at the Tofifest Film Festival and the Millennium Docs Against Gravity festival. It runs 53 minutes and is in Polish and Russian with English subtitles

The Canada-Israel co-production, Blue Box is another documentary in the World Showcase. Directed by Michal Weits, the film explores the removal and destruction of Palestinian communities as Israel created forests through its tree planting program known as Blue Box. The twist here is the director is the great-granddaughter of Joseph Weits, a seminal figure in the growth of the Blue Box organization. The film is in Hebrew with English subtitles and runs 79 minutes.

Dear Elnaz is a Canadian doc in Farzi and English. Directed by Mania Akbari, an Iranian filmmaker, artist, writer and actress, the film opens with the tragic January 2020 shooting down of a Ukranian Airlines passenger plane minutes after taking off from the airport in Tehran, Iran. It opens with the pilot’s distress call, and blossoms into an intimate story of love and loss, with Elnaz’ husband Javid left to find a way forward in his life. In 1990 they had moved to Edmonton to pursue their doctoral studies at the University of Alberta. Now he seeks justice and is overcome by a fully understandable anger. Dear Elnaz runs 86 minutes.

Other Canadian films in the World Showcase include the co-production Neighbouring the Moon and Only I Can Hear.

Hot Docs’ Persister program puts the emphasis on sister and is defined as “Women speaking up and being heard.” One of the Canadian films in Persister, Bangla Surf Girls is from Elizabeth D. Costa, a Bangladeshi documentary filmmaker who has more than eight years of experience as a producer, director, assistant producer, editor, or cameraperson. This is a great surfer film with a difference. It isn’t set in California or Hawaii but in the town of Cox’s Bazar, Bangladesh and features three young teenage girls who “fearlessly ride the tallest of waves with unimaginable skill and dexterity,” as stated in the Hot Docs synopsis.

Bobby Jo Hart directs Fanny: The Right to Rock. The story begins in the 1960s when two Filipina-American sisters got together to play music and the garage rock band they started would evolve into the legendary Fanny, the first all-woman band to release an LP with a major record label. Now in their 60s, the bandmates are recording a new album. Fanny: The Right to Rock runs 92 minutes and includes interviews with music icons like Bonnie Raitt, Def Leppard’s Joe Elliott and the Go-Go’s Kathy Valentine.

Tomorrow we’ll look at more Canadian films screening at Hot Docs 2021. Meanwhile click here for everything you need to know about this year’s festival. 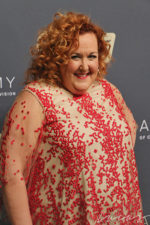 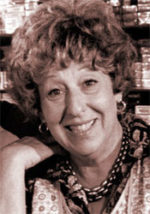 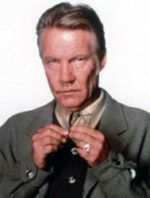 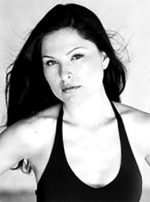 September 16, 1980
All Birthdays in September