(March 23, 2021 – Toronto, ON) – Hot Docs Canadian International Documentary Festival has announced their full lineup of films for the 2021 Festival, which will run online from April 29 to May 9 at hotdocs.ca. For the first time festival screenings will be available across Canada. From 2,300 film submissions, this year’s slate will present 219 films from 66 countries in 12 programs, with 50 per cent of the directors in the Festival program being women.

“Documentaries are vitally important to helping us understand the world we live in, and to build bridges of understanding across cultural, social and political divides, particularly at this unprecedented moment in time,” said Shane Smith, director of programming for Hot Docs. “This year’s Hot Docs program features the best in outspoken, outstanding documentary storytelling from 66 countries, all of which will connect us to each other in ways that inspire, inform and illuminate.” 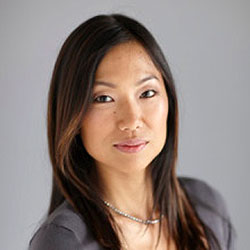 The opening night film is from Hot Docs regular, Ann Shin. By regular we mean this will be her third film at Hot Docs and it’s a World Premiere for A.rtificial I.mmortality, which reveals how our memories can be digitized and uploaded into digital clones. Examinging the latest advancements in AI, robotics and biotech. A.rtificial I.mmortality features Nick Bostrom, author of Superintelligence; Japanese roboticist, Hiroshi Ishiguro; Douglas Rushkoff, author of Team Human; Ben Goertzel, founder of Singularity.net; and Deepak Chopra, who is creating his own A.I. mind twin. A.rtificial I.mmortality also screens with the Canadian Spectrum program, which we pay a lot of attention to since Canadian is our main focus.

Some other films in the Canadian Spectrum program include Dropstones, an emotional film about a mother who returns to Newfoundland’s stunning Fogo Island to raise her two sons after fleeing an abusive relationship years ago; Spirit to Soar, a follow up to journalist Tanya Talaga’s award-winning book, which sees her return to Thunder Bay after the inquest into the deaths of seven First Nations high school students; Hell or Clean Water from director Cody Westman tells the fascinating story of Newfoundland diver Shawn Bath who dedicates himself to cleaning up the province’s polluted shores by himself. He’s already removed 15,000 pounds of garbage single-handedly; and Grey Roads, a thoughtful journey that follows Toronto filmmaker Jesse McCracken, who grew up in rural Ontario, as he travels back to his hometown to document its dissolution while trying to reconnect with his father and grandfather, his only family left there; and Kímmapiiyipitssini: The Meaning of Empathy from award-winning filmmaker and actor Elle-Máijá Tailfeathers, who turns the camera on her own community of the Kainai First Nation in Alberta to document their fight against the opioid crisis. It is one of four films from the National Film Board of Canada (NFB) at Hot Docs this year. There are more films, including a program of shorts in The Canadian Spectrum program, which is sponsored by TVO.