(September 3, 2022 – Toronto, ON) Unfortunately the great Wayback Machine website doesn’t document every page we’ve ever published. Online since February 1998, I was able to find a page devoted to September film festivals in 2002 and the Toronto International Film Festival (TIFF) was at the top of the list. Our coverage may have started before that date, but I can say with certainty, Northernstars has been covering TIFF for at least 20 years and this year will be our best coverage yet. 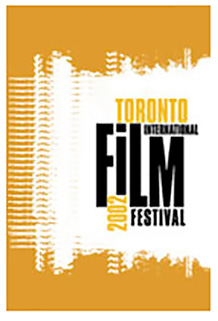 Meet Thom Ernst (pictured above). Thom has been our Toronto-based Film Correspondent for more than a year. His reviews and articles grace our pages with intelligent film journalism and his reviews gently applaud or point out what could have been done better. Anyone who knows Thom knows he is steeped in film knowledge and we have come to greatly appreciate his love of Canadian film.

All of his posts on Northernstars conclude with the following statement:

This year Thom is Our Man at TIFF. He has been screening films for the last week and we will launch his reporting very early each day of the festival starting on opening day, September 8 and ending with the festival on September 18. He’ll provide an overview of the festival on day one as well as a quick look at the new documentary Buffy Sainte-Marie: Carry It On, and a return of the filmed-in-Ontario series The Handmaid’s Tale, when TIFF presents the first two episodes of season five. He’ll also look ahead at Canadian films you might/should be interested in.