(June 10, 2019 – Toronto, ON) Regular readers may have noticed that at the bottom of most of the things I write there’s a brief blurb about when I started writing about film. To save you the trouble of scrolling down, it was in radio in Montreal at a station where I had created a weekly program titled Review. I think it was 1977 but it could have been ’78. A few years later I made the mistake of accepting an offer from another Montreal station and found myself leading a great staff of really smart and talented people. One of them was a guy who only showed up on Sunday mornings to host The Trivia Show. His name is Michael Libling and we have stayed in touch ever since I left Montreal in 1985 and radio in 1987.

Michael and I share a passion. Whatever else we did or do, we are both writers. I have long admired his dedication to his craft and his determination to succeed at a profession usually visited by failure. One of the signs of “making it” is having your first novel published. Michael will get to experience that unique high on July 15th when Hollywood North: Life, Love & Death in Six Reels has its official launch. 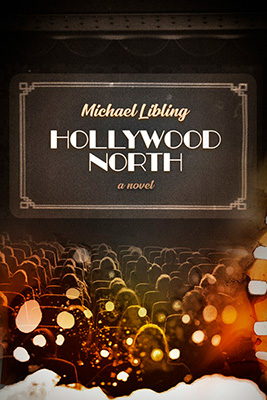 Here’s what Publisher’s Weekly said about the novel: “Libling’s assured, quietly menacing debut, based on his World Fantasy Award-nominated novella of the same title [Hollywood North], is steeped in bittersweet childhood nostalgia and coming-of-age foibles. . . . The leisurely telling belies the hint of evil simmering just below the town’s almost aggressively mundane surface, and there are a few surprises in store. Fans of Stand by Me and the like will find much to enjoy.”

Why am I writing about this? Here’s a bit from a blurb about the book: “Welcome to the 1960s and sleepy small-town Trenton, Ontario. Where a silent movie studio once prospered. Where hunting, fishing, arson, and drowning are the favored pastimes. Where dogs maim, trains derail, planes collide, and people vanish.”

Intrigued by the mayhem, I zeroed in on the fact there was once a silent movie studio in Trenton, Ontario. In fact, most people say it was the first Hollywood North in Canada. Toronto and Vancouver might fight it out as to which city can lay claim to that title now, but history dictates that Trenton was first.

I had to write Michael to congratulate him on his book, but then I thought, maybe he could provide some background to his novel and this Hollywood North claim. I am happy to report that he agreed and you can read his article here. 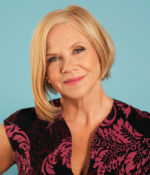