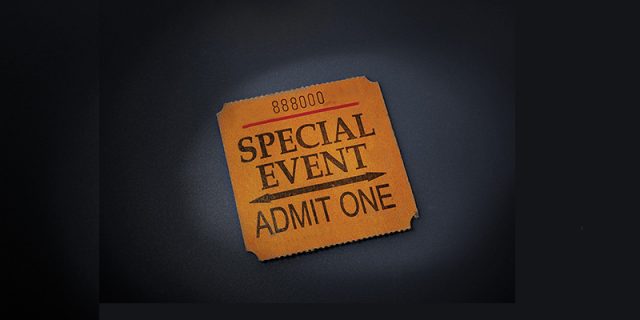 Spring Festivals – A Look Ahead
by Ralph Lucas – Publisher

March 30, 2021 – Toronto, ON) As we move deeper into spring the number of film festivals begin to increase, but as COVID-19 cases also begin to rise again it seems as if the traditional large screen festival will for the second year be postpone and replaced with a television event.

There is a lot to be said for using television as a festival platform. For the festival goer it’s convenient, you can pause the movie for a beer or bathroom break and the concession stand is right in your kitchen. For festival organizers the opportunity to reach a nationwide audience potentially means a larger number of people getting to “attend” the screenings, which also might mean more revenue. I wonder, once things become normal (whatever that new normal looks like), if festivals will keep a streaming option along with an in-cinema schedule.

First up is the Canadian Film Fest which launches tomorrow, April 1st. As with last year, the festival has teamed up with Super Channel’s Fuse channel to provide a virtual festival to film fans and this year will offer up 9 Canadian features and 30 shorts. Opening film is the Toronto premiere of Sugar Daddy, from director Wendy Morgan. Costars are Kelly McCormack and Colm Feore. Click here to watch the trailer and learn more about the cast and crew of Sugar Daddy.

It only lasts a day but Toronto’s Comedy Film Festival might be just the thing if you need to lighten the mood in these often grim times. They will be streaming films all day and they are all shorts ranging from 3 minutes for the animated U.S. film Message From The Future to the Norway/Philippines co-production The Manila Lover, which runs 26 minutes. It would be nice if there was a Canadian film in there somewhere, but I wasn’t able to find one. You can find a link to the Comedy Film Festival and other May 2021 film festivals here.

The Montreal Independent Film Festival (MIFF) is both an annual and a monthly festival dedicated to international and Canadian shorts and features of all genres. I’m not sure what’s on the schedule but there’s a link on our May 2021 film festivals page. 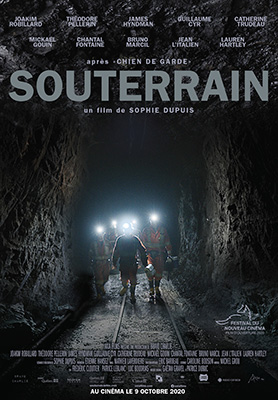 Also in Montreal, the 39th edition of the Rendez-vous Québec Cinéma (RVCQ) which will run from April 28 to May 8 this year. Organizers promise nearly 300 films, including several premieres, as well as virtual and face-to-face meetings, although all the details have yet to be finalized. The opening film is the second feature film from director and screenwriter Sophie Dupuis, Souterrain. Yesterday it was announced that Souterrain is one of 5 films in the running for Best Motion Picture at the 2021 Canadian Screen Awards.

One day later, on April 29 Hot Docs launches and this year’s slate brings 219 films from 66 countries in 12 programs. A full 50 per cent of the directors in the festival are women, including the director of the opening night film, Ann Shin. A.rtificial I.mmortality is the title of her documentary, which reveals how our memories can be digitized and uploaded into digital clones, It’s a World Premiere, one of many. Unlike last year when online screenings were restricted to just the province of Ontario, the 2021 Hot Docs Festival will be available for audiences across Canada to stream from April 29 to May 9.

As Hot Docs begins to draw to a close, Vancouver’s DOXA Documentary Film Festival will be getting underway. No details have been released yet but the 2021 festival will be held online. Scheduled to run May 6 to 16 you might want to bookmark their website and check back regularly there or on our May Film Festivals page.

The Covid-19 pandemic has caused havoc and many festivals that would have updated their information by now have yet to do so, but we are still listing many of them (indicated with **). If your favourite festival has yet to post its 2021 schedule keep checking back. There are 3 such festivals in May, The London Lesbian Film Festival, Montreal Underground and ReelAbilities film festivals. The Yorkton Film Festival was one of those that decided to postpone their 2020 festival when the pandemic hit early last year. They’re back this year running May 27 to 30.

In June, look for the Breakthroughs Film Festival. It’s the only festival in Canada devoted exclusively to short films made by emerging women & non binary directors. This year it runs June 3 to 7th.

The 29th Toronto Jewish Film Festival also begins on June 3rd but runs to the 13th. It’s still far enough away that no schedule has been announced but it’s a safe bet to assume this will be a virtual festival. The same can be said about the Italian Contemporary Film Festival. They’re offering monthly screenings but their festival dates, June 27 to July 18, remain empty and unscheduled again because between the last day of March to almost the last day of June, anything can happen. Click here for links to these and other June 2021 film festivals.

Film festival listings on Northernstars are free. If we missed your festival, or if you want to update your information contact us at news@northernstars.ca

The Other Half Opens Rendezvous With Madness