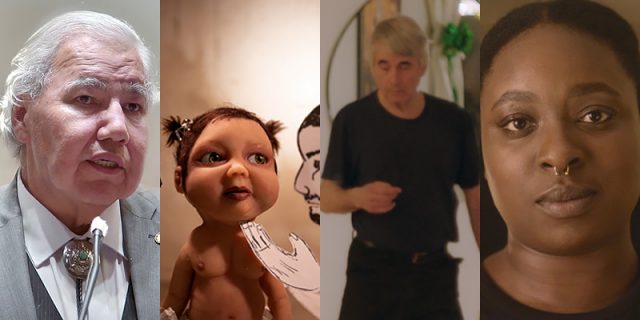 (August 11, 2021 – Toronto, ON) As promised in an earlier article, this is our second look at some of the Canadian films screening at the 46th edition of the Toronto International Film Festival (TIFF). In that first piece we concluded with a mention of Clifford The Big Red Dog as one of the Canadian co-productions on the schedule. Unfortunately it will not receive a gala premiere at TIFF next month, a decision by Paramount pictures based on the surge in COVID-19 cases in the United States.

Scarborough was another film I mentioned. We’re still adding cast pages to our database, but click here to learn more about this very buzz-worthy Canadian feature. On August 4 we ran a story about a new documentary from Barry Avrich. Oscar Peterson: Black + White will have its World Premiere on Sunday, September 12, 2021.

Shorts are often overlooked and certainly overshadowed by the hoopla surrounding big name stars in big studio feature films. That’s too bad for a number of reasons, one of which is, short films are usually the very essence of what a “film festival film” should be. They can be quirky or highly experimental, they can deal with topics that make us uncomfortable, which is a good thing, and they often introduce us to up and coming filmmakers very early or at the very beginning of their careers. There are bragging rights available when you can one-up your friends by saying something like “I saw the very first screening of Atom Egoyan’s very first film.”

That’s not to say that feature directors don’t make short films. Some do and that includes Albert Shin and Alanis Obomsawin. 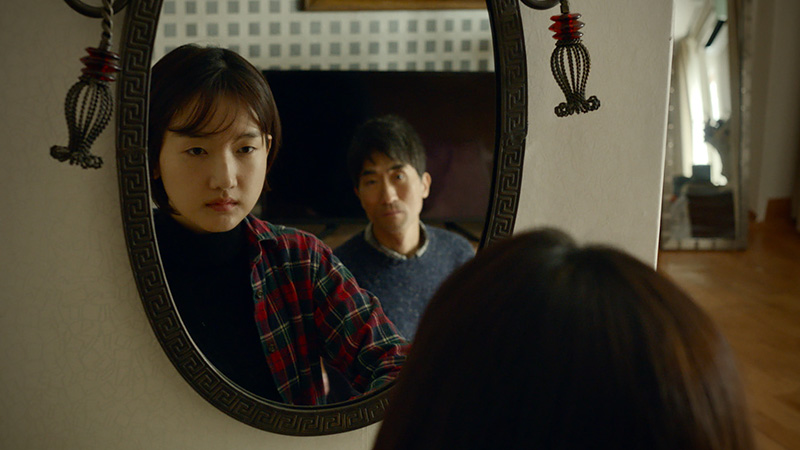 Legendary First Nations activist and NFB filmmaker Alanis Obomsawin will be honoured for her leadership in socially engaged cinema when TIFF features the world premiere of her short film Honour to Senator Murray Sinclair as part of the special retrospective “Celebrating Alanis,” and presents Ms. Obomsawin with its Jeff Skoll Award in Impact Media.

As the Chair of the Truth and Reconciliation Commission, Senator Murray Sinclair was a key figure in raising global awareness of the atrocities of Canada’s residential school system. Senator Sinclair remains steadfast in his belief that the path to actual reconciliation between Indigenous and non-Indigenous people requires understanding and accepting often difficult truths about Canada’s past and present. In Honour to Senator Murray Sinclair, Obomsawin shares the powerful speech the Senator gave when he accepted the WFM-Canada World Peace Award, interspersing the heartbreaking testimonies of former students imprisoned at residential schools. The recent string of heart-rending news stories seemingly from ever corner of Canada underscores the importance of Sinclair’s work and Obomsawin’s film. In Honour to Senator Murray Sinclair is a National Film Board of Canada (NFB) production.

Meneath: The Hidden Island of Ethics dives deeply into the innate contrast between the Seven Deadly Sins (Lust, Gluttony, Greed, Sloth, Wrath, Pride and Envy) and the Seven Sacred Teachings (Love, Respect, Wisdom, Courage, Truth, Honesty and Humility), as embodied in the life of a precocious Métis baby. Terril Calder is a Métis artist, born in Fort Frances, Ontario. In this short she utilizes darkly beautiful stop-motion animation to lay bare Baby Girl’s inner turmoil with unflinching honesty. Meneath: The Hidden Island of Ethics features the voice of Gail Maurice.

Saturday Night is set in Montreal as winter has left a pristine white blanket on its silent streets. Rosana Matecki, a Canadian filmmaker of Venezuelan-Polish origin, recalls how the collective mourning of Leonard Cohen’s passing gave her a sense of belonging to the city for the first time. She crosses paths with two Latin American immigrants who also seek an intimate connection with their adoptive city. They join others inside a small ballroom on a Saturday night and for a few hours, they dance, surrendering to the warm embrace of intimacy and belonging. Ultimately, Saturday Night is a short documentary essay on solitude, filmed in Spanish and narrated by Matecki.

Finally, Khadijah Roberts-Abdullah and Araya Mengesha (pictured) co-star as Millennial twins in the political dark comedy short, Defund, which will also have its World Premiere in TIFF’s Short Cuts programme. Identified simply as Brother and Sister, they are trapped in their apartment and trying to stay sane at the height of the 2020 pandemic. Brother and Sister are also Black and watching the BLM uprisings unfold on their phones. Brother tries to maintain a cool head, while Sister is ready to burn it all down. Fed up with sitting on the sidelines, they head out under the cover of night to discover that activism on the streets is very different from what they’ve seen on their screens. Roberts-Abdullah and Mengesha wrote the screenplay and make their directorial debut as Co-Directors on Defund. The short is produced by Roberts-Abdullah, Mengesha, and J Stevens. Anand Rajaram is in the short and Karen Robinson provides the voice of Mom.