(January 18, 2023 – Toronto, ON) The Academy of Canadian Cinema & Television (the Canadian Academy) unveiled today the complete list of recipients for the 2023 Special Awards, a series of achievement awards bestowed upon those in Canada’s screen-based industry who have made outstanding contributions to the industry and society as a whole. These nine illustrious recipients will be recognized for their formidable accomplishments during Canadian Screen Week, taking place in Toronto from Tuesday, April 11, 2023 through to Sunday, April 16, 2023.

“On behalf of the Canadian Academy’s Board of Directors, I offer a hearty congratulations to the nine remarkably talented recipients of this years’ Special Awards,” said John Young, Chair, Academy of Canadian Cinema & Television. “Each one of these honourees is a testament to how hardworking, dedicated, and talented our homegrown creative community is, and we look forward to celebrating them at Canadian Screen Week 2023.”

“It is truly inspiring to see such a powerful, diverse group of Special Award honourees who are a true representation of the amazing work that is being done by Canadians in film and television,” said Tammy Frick, CEO, Academy of Canadian Cinema & Television. “From powerhouse performers to household names you trust and welcome into your homes each day, their impact stretches far beyond just our country’s borders and we are so proud they call Canada home.”

The Academy Board of Directors’ Tribute, honouring a Canadian individual for their extraordinary impact on the growth of the Canadian media industry, is presented to Jennifer Podemski, an Anishinaabe/Ashkenazi actor, writer, director, and producer whose impressive career in television spans over 30 years, with on-screen credits including Reservation Dogs, Dance Me Outside, The Rez, Degrassi TNG, Blackstone, Empire of Dirt, and Departure.

The Academy Board of Directors’ Tribute is also being given posthumously to Paul Pope, a giant in the Canadian media production community and an advocate for the industry in Newfoundland. Through his tireless promotion of the province, and the work of his company, Pope Productions, Pope was instrumental in bringing hundreds of film and TV projects to Newfoundland, with credits such as Hudson & Rex, Rare Birds, and Extraordinary Visitor.

The Academy Icon Award, presented to a Canadian individual or institution for their exceptional, ongoing contribution to the media industry at home or abroad, is awarded to Catherine O’Hara, (pictured above) a prolific, multi-award-winning actress, writer, and comedian whose film credits include lead and supporting roles in Schitt’s Creek, Beetlejuice, Home Alone, Home Alone 2: Lost in New York, After Hours, Heartburn, The Life Before This, Penelope, Away We Go, Where the Wild Things Are, A.C.O.D., The Right Kind of Wrong, Nightmare Before Christmas, and many more.

The Changemaker Award, which recognises and honours those in the media community in Canada who are using their voice or platform to call out systemic racism and discrimination, supporting and amplifying the voices of those who are actively engaged in anti-racist work, and seeking structural transformations in media, film, and television in Canada that promote values of equity and inclusion, is presented to the award-winning host of Cityline, Tracy Moore. Moore has shown an admirable commitment to diversity and inclusion on Cityline in front of and behind the camera, most notably through her work as the host of the Cityline Real on Race YouTube series and podcast and as co-producer and co-host of Citytv’s RTNDA award-winning race special Ending Racism: What Will it Take? Moore has also made a commitment to supporting young women and children with Cityline’s very first scholarship for BIPOC women, and was recently named a Trust 15 ambassador.

The Earle Grey Award, presented by eOne, recognizing a Canadian performer for their exceptional body of acting work in Canadian television and film, is presented to Peter MacNeill (pictured above), an award-winning actor and veteran in the film and television industry. With no shortage of credits in both film and television, including Thom Fitzgerald’s The Hanging Garden, for which he won the 1997 Genie Award for Best Supporting Actor, HBO Canada series Call Me Fitz alongside Jason Priestley (for which he was nominated for a Canadian Screen Award for Best Supporting Actor, Comedy), and his current role as Ken Finley-Cullen in eOne/CBC series Moonshine created by Sheri Elwood, MacNeill’s successful career has rightfully cemented him as a Canadian icon.

The Gordon Sinclair Award for Broadcast Journalism, recognizing a Canadian broadcast journalist for their exceptional body of work in broadcast journalism, is presented to Lisa LaFlamme, a journalist who has been at the forefront of the profession for over 30 years, tackling some of the biggest issues of our time and traveling the globe to deliver breaking news to Canadians. 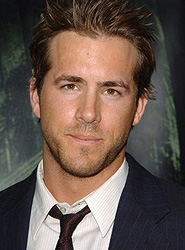 The Humanitarian Award, in recognition of an extraordinary humanitarian contribution or act of compassion by a professional working in the Canadian media industry in the prior year, is presented to Ryan Reynolds, an actor, producer, screenwriter, and entrepreneur. Beyond Reynold’s undeniable ability to entertain and captivate audiences, he has shown a dedication to philanthropy throughout his career with several generous donations to various charities, such as Canada’s Water First Education and Training Inc. and the United Nations High Commissioner for Refugees in an effort to support displaced families from Ukraine, as well as his annual “aesthetically challenged” sweater holiday campaign that helps raise money for The Hospital for Sick Children (SickKids). Ryan has also made major contributions to the industry outside of his performances, as the co-founder of two different organizations aiming to offer underrepresented communities more access to creative careers: the Group Effort Initiative (GEI) and Creative Ladder.

The Lifetime Achievement Award, honouring a Canadian individual for an exceptional lifetime of work that has had a profound impact on the media industry at home or abroad, is presented to Pierre Bruneau. Over the course of his career, Bruneau anchored TVA’s election night coverage for close to 40 municipal, provincial, and federal elections and hosted close to a dozen leaders’ debates. Highly regarded by the public, Bruneau is no stranger to awards; he has won the Artis Award for Best News Anchor 23 times and has received a long list of honours for his outstanding contributions to the community, including the Queen’s Golden Jubilee Medal in 2002.

The Radius Award, presented by MADE | NOUS, recognizing a Canadian whose work is making waves globally, is presented to Simu Liu, who made history as the star of the first Asian-fronted movie in the Marvel Cinematic Universe in Destin Daniel Cretton’s Shang-Chi and The Legend of The Ten Rings. Liu also starred in CBC comedy series, Kim’s Convenience, for five seasons, which went on to win the award for Best Comedy Series at the 2018 Canadian Screen Awards.