(May 20, 2020 – Toronto, ON) Canadian films are scattered across this year’s Hot Docs Festival, which starts in just three day’s time. There are 15 programs and a total of 135 official 2020 selections. Last year Hot Docs presented 234 films. Today we’re going to take brief looks at a handful of films in various programs. In addition to the Canadian spectrum, which we touched on briefly yesterday, today we’ll look at films from the Artscape program, Markers, Special Presentations and World Showcase. 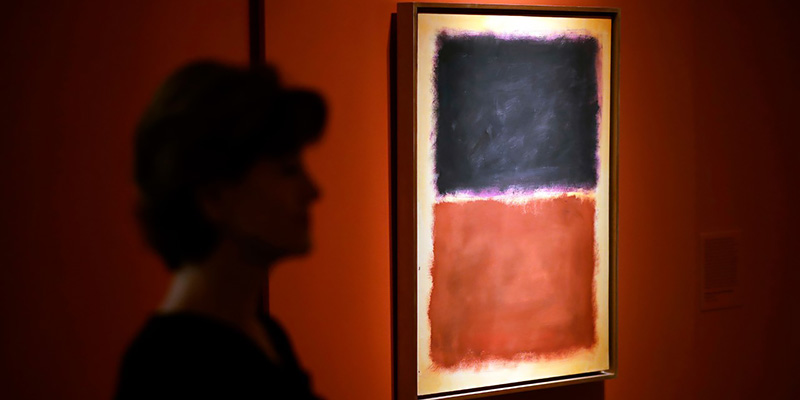 In the Artscapes program, look for a film that becomes a Big Ideas subject. Directed by Barry Avrich and titled Made You Look: A True Story About Fake Art, streams in the festival’s regular online schedule of May 28 to June 24, but if you’re really into art and fascinated about fakes in the very expensive world of art collecting, then mark June 2nd on your calendar. That’s the day the “Big Ideas presented by Scotia Wealth Management” will delve into the big business of art fraud and the art of the con. Speakers include Maria Konnikova, author of The Confidence Game; Don Thompson, author of The Orange Balloon Dog: Bubbles, Turmoil and Avarice in the Contemporary Art Market; Patricia Cohen, reporter with the The New York Times, and director Barry Avrich. This is a special live event scheduled for 7:00 p.m. Also see: Fake Art on CBC.

In the Markers program, which is described as “Films that make their mark by pushing the boundaries of documentary,” look for the Canadian film L.A. Tea Time. Canadian filmmaker Sophie Bédard-Marcotte finds herself consumed with a desire to meet her idol, director and writer Miranda July. She escapes another bitter Montreal winter and heads south with her cinematographer, Isabelle Stachtchenko. On their cross-country trek, they wander through the heart of the USA, recording their exploits and embracing the cinematic scope of the landscape. When crossing paths with a wide range of colourful characters, Sophie’s openness allows for an honest vulnerability that exposes a modern America through the eyes of a Canadian millennial outsider. Described by Alexander Rogalski for Hot Docs, L.A. Tea Time “is a whimsical travelogue that’s seeking big answers, but never takes itself too seriously, as it jumps from a redneck roadhouse to a New Age meditation session. Like the best joyrides, it’s more about the journey than the destination.” L.A. Tea Time will be available for streaming in Ontario from May 28 to June 24.

Canadian docs in the Special Presentations program include a particularly odd film They Call Me Dr. Miami. It’s from director Jean-Simon Chartier who was at Hot Docs in 2018 with his feature Playing Hard about a powerhouse Montreal game studio that bets its future on what it hopes will become its next blockbuster. It was a serious look a video game creation. His new film is a serious look at someone who seems to have a less-than-serious approach to his profession of plastic surgery. Michael Salzhauer has built a successful private practice in south Florida, catering to a beach-based clientele obsessed with attaining the “perfect” body through breast augmentation and Brazilian butt lifts. But his millions of social media followers know him as Dr. Miami, an entrepreneur who embraces hip hop and Snapchat as a way to bring new audiences into his operating room and expand his brand. At first glance he seems like a natural result of an airbrushed selfie-obsessed culture. Yet when he’s not at his clinic, he’s a dedicated husband, father of five and practicing Orthodox Jew who observes the Sabbath. NOTE: They Call Me Dr. Miami screens on a shorter schedule than many other films, May 28 to June 6.

Also in the Special Presentations program, look for Meat The Future, which we’ve already covered when it aired as part of Hot Docs on CBC. It will stream from May 28 to June 24.

In the World Showcase 9/11 Kids is a Canadian doc directed by Elizabeth St. Philip. Nearly two decades have passed since the fall of New York’s twin towers. One of the outstanding momenets in a week of remarkable television coverage was the shots of a White House aide whispering into George W. Bush’s ear about what had just happened. St. Philip trains her camera on the kids in that class and wonders what has become of this classroom of gifted, predominantly African American children? 9/11 Kids streams from May 28 to June 24.

You can find all the films in all the programs at this year’s Hot Docs online, which begins May 23.